DOME OF THE ROCK 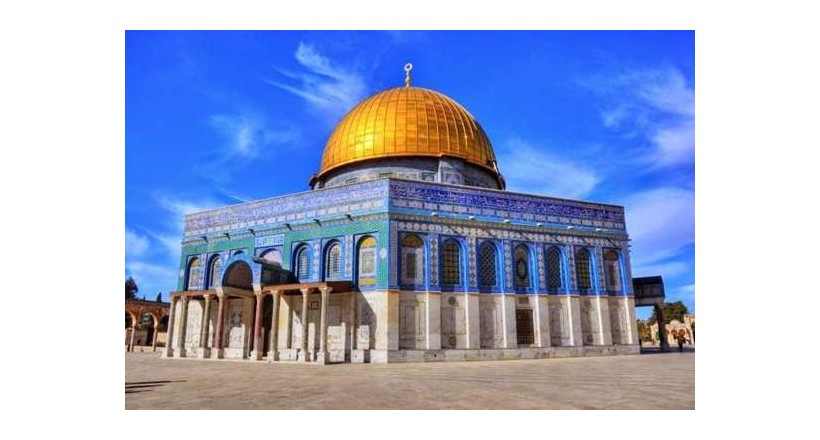 It was initially completed in 691 CE at the order of Umayyad Caliph Abd al-Malik during the Second Fitna, built on the site of the Roman temple of Jupiter Capitolinus, which had in turn been built on the site of the Second Jewish Temple, destroyed during the Roman Siege of Jerusalem in 70 CE. The original dome collapsed in 1015 and was rebuilt in 1022–23. The Dome of the Rock is in its core one of the oldest extant works of Islamic architecture.

Its architecture and mosaics were patterned after nearby Byzantine churches and palaces although its outside appearance has been significantly changed in the Ottoman period and again in the modern period, notably with the addition of the gold-plated roof, in 1959–61 and again in 1993. The octagonal plan of the structure may have been influenced by the Byzantine Church of the Seat of Mary (also known as Kathisma in Greek and al-Qadismu in Arabic) built between 451 and 458 on the road between Jerusalem and Bethlehem