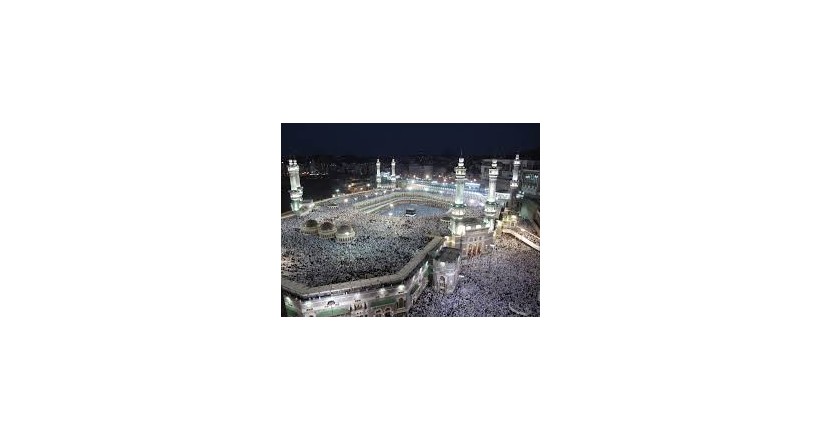 The Grand Mosque of Makkah also called the Great Mosque of Mecca  is the largest mosque in the World  and surrounds Islam's holiest place  the Kaaba  in the city of Mecca Muslims face in the Qiblah while performing Salah (obligatory daily prayers). One of the Five Pillars of Islam requires every Muslim to perform the Ḥajj  one of the largest annual gatherings of people in the world  at least once in their lifetime if able to do so  including Ṭawāf of the Kaaba. It is also the main phase for the ‘Umrahwhich is the lesser pilgrimage that can be undertaken any time of the year. The Grand Mosque includes other important significant sites in Islam including the Black Stone, Well of Zamzam, Station of Abraham, and Safa and Marwa. It is always open, regardless of date or time. It has gone under major renovations by various caliphs, sultans and kings, and it is now under the control of the Custodian of the Two Holy Mosques It is in front of the tallest clock tower and fourth tallest structure in the world, the Abraj Al Bait  the construction of which has been surrounded by controversy concerning the destruction of early Islamic heritage sites by the Saudi government