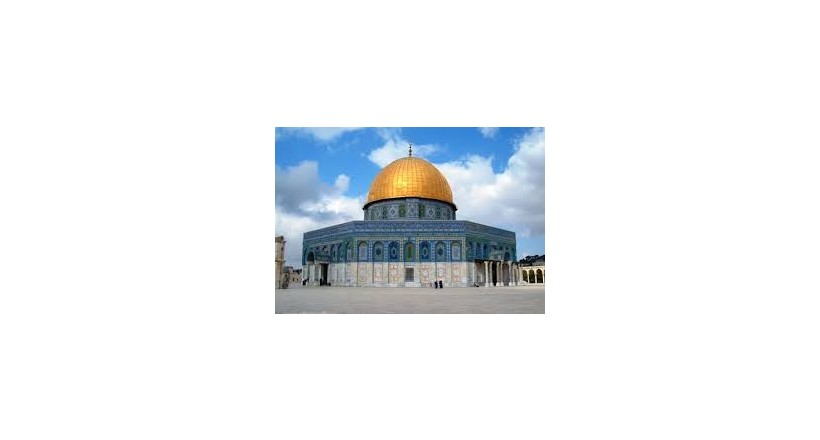 The Supervised Rock is an irregular natural rock located at the highest point of the Al-Aqsa Mosque at the very heart of the mosque. It is a natural rock that is about 13 to 18 meters in height and about two meters high. The fictional stories are very inaccurate. An airplane in the air and someone who said that it flew behind the Prophet peace be upon him and those who have a light and so on The truth is that it is an ordinary rock that has no advantage but it was the kiss of the prophets of the children of Israel before the Prophet Muhammad. It is said that the Prophet Muhammad ascended above it to the sky on the night of Isra and Maraj , and in it is a small cave called " Cave of the Spirits " It has no extraordinary advantage. The Dome of the Rock Mosque was built above the Supervised Rock and is visible to this day