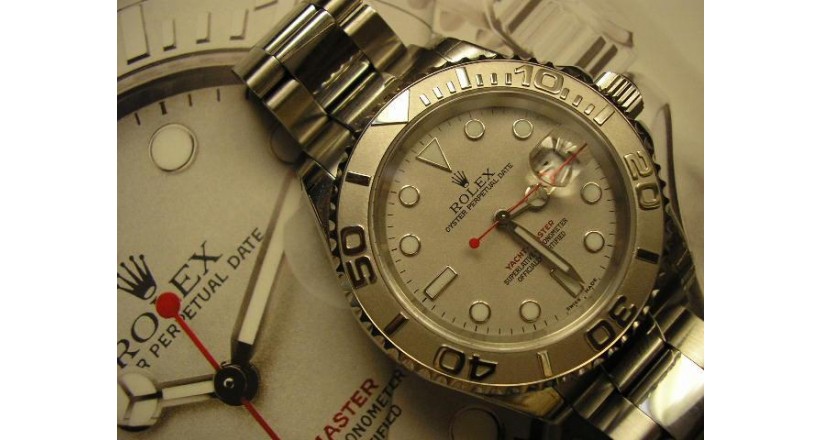 Rolex ( Rolex ) is the name of a Swiss brand specializing in watches and accessories. And is known for the high prices of hours and the price may range from a few thousand dollars to hundreds of thousands of them. Rolex watches are rich and rich and have become an example of high income, success and wealth for its customers. Rolex has also been a leader in design and fashion for decades.

History
Rolex was founded in 1905 by Hans Wilsdorf of Germany and his brother Alfred Davies, who lived in Britain at the time. They imported Swiss-made watches and put them in luxury boxes made in Britain and sold them to the jewelers, where the jewelers added their names to the imported watches. Wildsdorf and Davies added W & D crafts to the cans sold for the Dye and W & D, the first representing two letters from Wildsdorf and Davies.
In 1908 , Hans-Weldorf recorded the name of the Rolex brand and derived the name remains an unknown secret, although some people believe that the name is derived from the French "horlogerie exquise" meaning carefully selected watches.
In 1912 , Rolex began manufacturing its watch in Switzerland .
In 1915 the company's name changed from Wildsdorf and Davies to Rolex
In 1918, the Rolex headquarters moved from Britain to Geneva in Switzerland
In 1920 Alfred Davies separated from Rolex and remained owned by Hans Weldorf
In 1925 the crown was registered as a trademark of Rolex
In 1960 the inventor of Rolex Hans-Welsdorf died
In 1990, the number of Rolex watches produced since its inception reached 10 million
The achievements and models of Rolex rolled in from 1912 to today