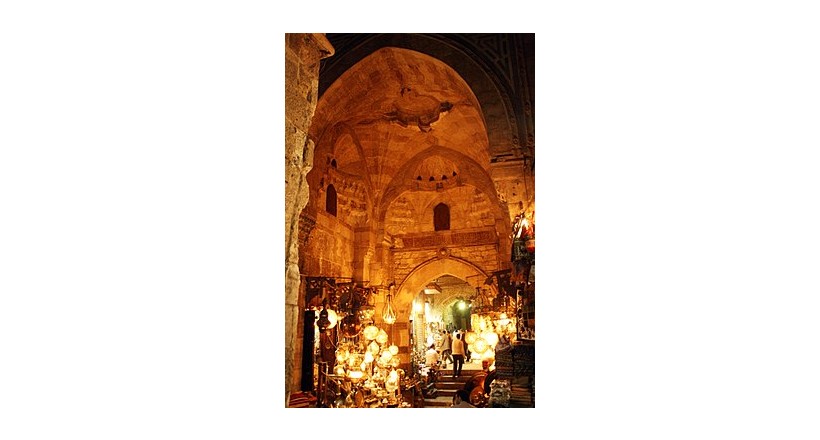 Al-Gamaleya neighborhood enjoys historical and international fame because it is considered the heritage complex of Cairo since its construction. It contains Al-Azhar, Al-Hakim Bi-Amr Allah Mosque, Al-Aqmar Mosque and others, and it contains the walls and gates of Cairo, the Ayyubid and Mamluk schools, the Khan Al-Khalili, the goldsmiths, and the coppersmiths.

It is said that the name is attributed to the prince “Jamal al-Din Mahmoud al-Istadar” from the era of the Burji Mamluks, after he built a school in the neighborhood in the year 1409, and it was one of the greatest schools in Cairo. The area of this ancient neighborhood is approximately 2.5% of the current Cairo area. It is bordered from the east by the Mokattam Mountain, above which the mountain castle was the residence and rule of the sultans of Egypt, from the north by Al-Husayniyyah and Al-Zaher neighborhoods, from the west by Bab Al-Sharia and Al-Musky neighborhoods, and from the south by Al-Darb Al-Ahmar neighborhood.

The historical Al-Gamaleya neighborhood is bounded from the east by Al-Muizz li-Din Allah Street and the area between Al-Qasrain, from the north and west by the gates of Cairo, Al-Futuh and Al-Nasr, and part of the Fatimid wall, and from the south by Al-Azhar Street. The Fatimid state in the year 1171 at the hands of Salah al-Din al-Ayyubi The state of the Fatimid palace deteriorated and parts of it became inhabited by the common people, and Prince Jaharkes al-Khalili, who was one of the princes of the Mamluk state during the reign of Sultan al-Zahir Barquq, established Khan al-Khalili in the year 1382 on the ruins of the soil of the Fatimid caliphs in Egypt, which was known as «Turbat al-Zafaran», and it was on the southern part of the palace of the Fatimid caliphate.

In the year 1409, Prince Jamal al-Din Youssef dissolved the endowment foundations in the Rahbat Bab al-Eid area and built a school. After him, the general public settled in the area, and the alleys appeared in it, which branched out with the passage of days, and the Jamalia neighborhood appeared.