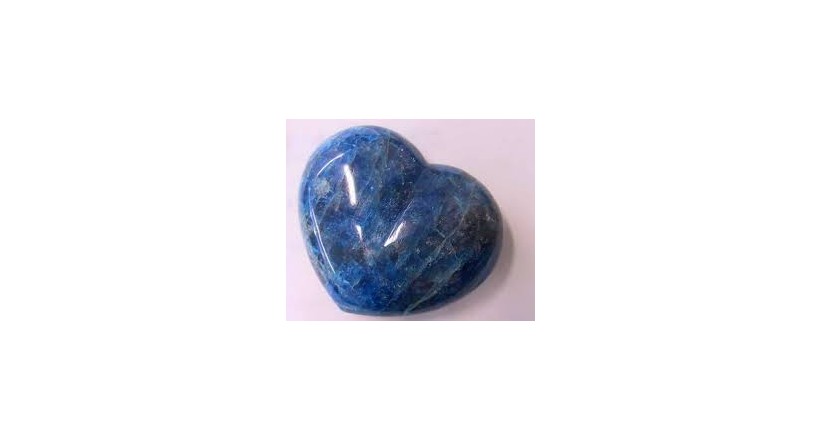 Apatite is a group of phosphate minerals that include hydroxyl apatite, apatite fluoride and apatite chlorine. Is the most common phosphate in the world, and a major source of the famous phosphorus element known as a chemical element is of particular importance for the successful operation of bioenergy and photosynthesis. Apatite is mainly composed of calcium phosphate, a substance that forms the teeth and bones in living organisms. But if Apatite is so common on Earth, you may wonder why it is considered a gemstone. The answer is that not all abate stones are considered gemstones but in order to be eligible to be considered of that category they must be compatible with specific standards and characteristics.

Despite the fact that the apatite stones are very common and have a good degree of transparency, the gemstones are very rare. The gemstones are characterized by a hardness of up to five degrees on the scale of Moss and themost colors ranging between blue and green . It is one of the stones that jewelers are keen to acquire because it appears in a wide range of colors and unique shapes. Experienced gemstones often look for rare natural colors, such as green and blue apatite stones, which resemble Brazil's "baraibas beaches," or green peach-colored apatite stones known as "asparagus." These experts are also keen on the acquisition of dark and reddish purple abbeyt stones and reddish redness due to their rare beauty and beauty. It is noteworthy that there is an additional blue variety of this stone known as "Moroxite moroxite" but the stones of blue-colored apatite are usually treated heat to enhance the color.Although the demand for apatite stone is high among experts, it is remarkably low among most consumers in the markets as it is still not known to the majority, and therefore the demand is low in addition to the above mentioned reasons.

The apatite stone is formed in the form of crystals within the granite pagmatite rocks, metamorphic rocks and in igneous rocks. The apatite crystal may vary in composition based on the level of presence of hydroxide, fluorine or chlorine ions. The rich apatite rocks are one of the most important sources of natural phosphorus. The application and use of phosphorus as a basic chemical is commonly used in the manufacture of fertilizers, fireworks, pesticides, toothpaste, detergents and pharmaceutical products.

The apatite stone has a glittery glass glitter, as well as a wide range of colors including transparent, pink, yellow, green, blue and purple . From this collection is what is rare as the dark violet that is extracted mainly in the state of Maine in America. While the blue Brazilian stones of apatite ranked second in terms of demand. Madagascar is famous for producing green, neon-blue stones and is a favorite of many and much desired. In addition, light-green abacites are called the "asparagus stone". It is worth noting that the colors of the high-quality apatite stone samples can be upscale to rival the famous Tourmaline Parnibas.

The origin is called apatite stone

The word apatite was derived from a Greek word for "cheating or falsehood". It is surprising, of course, to know the meaning of the word, which may prompt us to wonder why it is named, because of the close resemblance between the apatite stones and other precious stones. This has resulted in many people suffering from fraudulent and fraudulent promotions under the name of other precious stones of higher value. The most prominent stones that are mixed with apatite are amblegonite, indelusite, brazilite, precious beryl, limestone, topaz and tourmaline.

Legends and beliefs
There has always been a belief that the use of apatite stone is a positive state and helps strengthen the strength of the personality of its possessor to achieve the goals by eliminating the sense of confusion, indifference or negativity, thus stimulating the mind to expand knowledge and truth that can be used for personal growth or for the common good. It is also known as the stone of purity and expression, where it promotes the humanitarian outlook of its people and motivates it to serve others.
As for the blue apatite stone was known as a deep spiritual stone has a special effect in the purification of the aura of the body and support the mental abilities of the apostates by linking his awareness and awareness of supernatural potentials.

The effect of a cat's eye or cat is a rare visual phenomenon that exists only in a few types of different gems. They are identified by distinguishing the unique light reflection from the stone similar to the cat's eyes. They are caused by the light reflected by the parallel impurities within the gems, usually those impurities from rutile needles, fibers or canals. Cat eye reflections are better if direct light is available. For apatite stones showing the eye of the cat or cat's eye effect is very rare. The apatite stones are often cut into uncoated ornamented shapes.