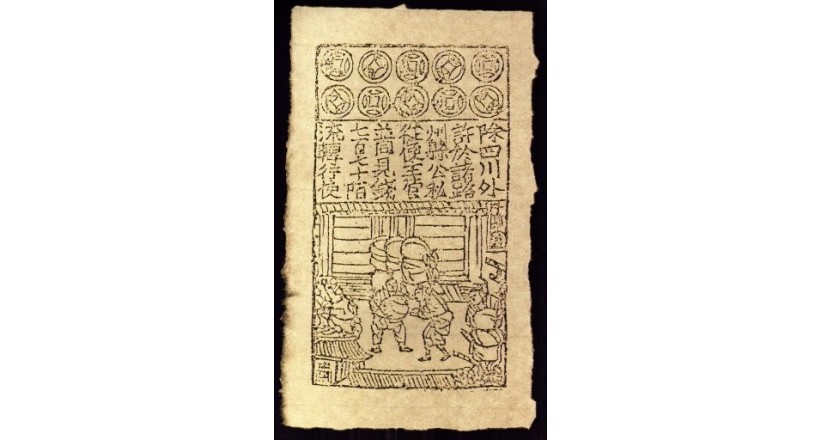 The ancients didn't have as much cash as we do today. To get what they needed, however, they used swap as a trading system. Over time, people knew that each person could accept a certain ladder in the future of a commodity or luxury that included this ladder: animals, cows, straw, salt, gold or silver artifacts, and people began to use the goods as a means of exchange.

It started in China and was probably the seventh century c.e. The merchant in China, if he became rich enough to find that the COINS he had with him easily carried to solve the problem often left the COINS with a trusting person, took a note recording how much money he gave honesty to the person and if it showed to the person, it was said that "iaoz could get his money back. The note eventually originated "when the Italian traveler Marco Polo traveled to China in the 13th century to surprise the Chinese with a coin instead of COINS. In his book of travels, mozco polo wrote: all the emperor's Chinese subjects accept a coin of a frequency whatever the location. Their businesses, and they can use them to buy the goods they need

Despite Marco Polo's description, europeans could not understand how a piece of paper could be valuable. They did not adopt paper money until the seventeenth century, when it began. Banks issue banknotes, named banknotes to depositors and borrowers. Banknotes could be exchanged in gold or silver COINS upon deposit with the bank until the nineteenth century. Most of the banknotes in circulation were banknotes issued by Banks or private companies