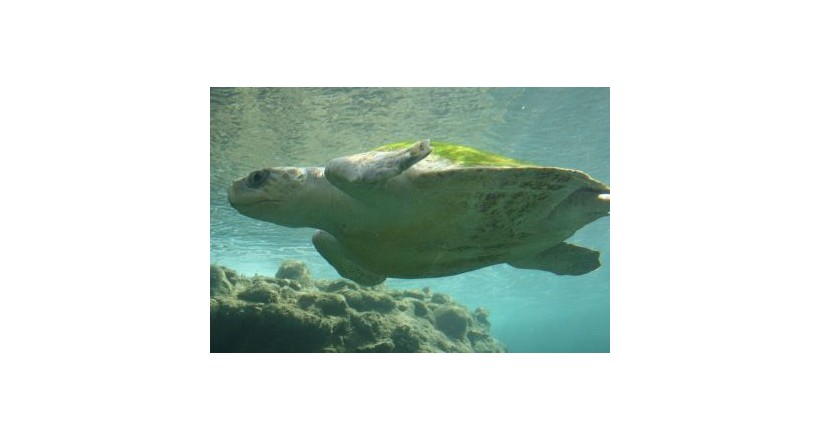 The sea turtle or sea turtle (above the sea turtle family) or Chelonioidea are turtles that live in all the world's oceans except the Arctic. Most of the Tarsa species are threatened with extinction.

The gear has a hard shell on its back, and it lives mainly in water. Most species of water turtle can pull their heads, legs, and tails inside their shells, which act as armored vests. And that excellent natural protection is found only in a few other species of vertebrates.

And water turtles - like other reptiles - cold-blooded animals, meaning that they cannot control their body temperature, which changes according to the temperature of the air or the water surrounding them. Therefore, water turtles cannot be warm or active in cold weather, and they cannot live in areas with constant cold weather. Unlike land turtles that live only on land, aquatic turtles spend nearly all of their life in fresh or salt water. Many water turtles live within a few kilometers of the places where they hatched. Despite this, large numbers of them migrate thousands of kilometers from their places of birth.