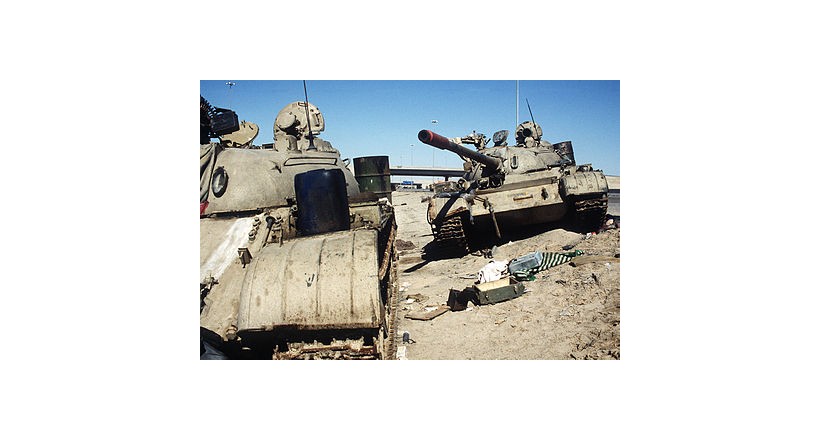 The Liberation of Kuwait was a U.S.-led military operation to retake Kuwait from Iraq after the massive air campaign, between 24–28 February 1991. U.S. troops and the Coalition entered to find the Iraqis surrendering en masse; however, pockets of resistance existed, particularly at Kuwait International Airport where Iraqi troops, seemingly unaware that a retreat order had been issued to them, continued to fight, resulting in a fierce battle over the airport itself. The majority of the fighting took place in Iraq, rather than Kuwait The operation is part of what is commonly known as the Gulf War.

The fifth anniversary of the liberation of Kuwait, February 26, 1996
Send Message