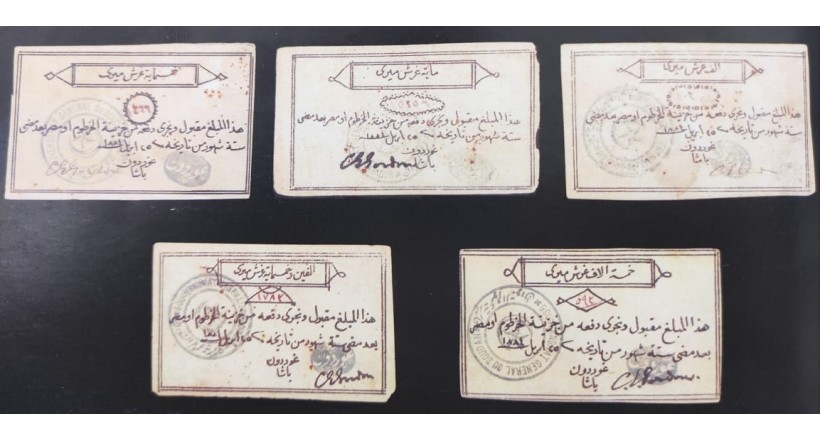 When the british ghordon pasha, governor of sudan, was trying to expel the egyptian forces out of sudan at 1884, following the victorious revolution of AL-Mahdy there, his forces were besieged in Khartoum. he lacked supplies and money. Under the pressing of the situation, he issued a treasury note, allowing its holder to collect its value from the treasury in Khartoum ot egypt. These are the first paper money ever issued in Egypt and Sudan.

However the merchants in Sudan refused to deal in this new currency, so a military decree by Ghordon pasha, compelled them to accept these papers. A huge amount of it accumulated in their hands.