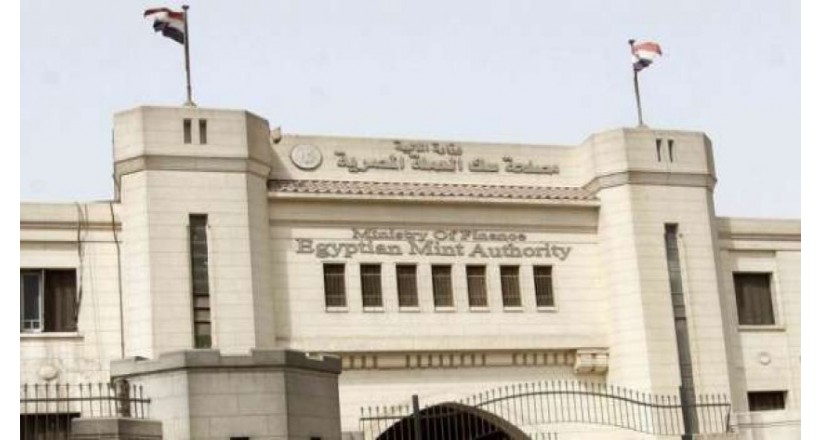 Ever since Darbkhana had been shut down during the reign of Sultan Abdul-Hamid II 1301 AH / 1883 AD Egypt minted its coins at other foreign destinations Berlin Germany Birmingham England Budapest Hungary Bombay , India , Pretoria South Africa and Brussels Belgium . The cost of minting and transportation heavily taxed the treasury not to mention the hazards of transportation especially during the first World War 1914/1918 AD and the second World War 1939 – 1945 AD . In 1950 AD King Farouk decided that to cut the cost of minting abroad Egypt should have its own Mint House thus giving a boost to the economy . A large area of land in Easrern Abbassia in Cairo was designated for the building of an Ayubid style Mint House .

We Farouk I King of Egypt

The House of Senates and the House of Representatives decided and we have ratifies and issued :

Article 2 – The increase in expenses from 50000 L.E to 80000 L.E for the construction of the Mint House mentioned in the budget Section 14 ( Ministry of Public Works ) Branch 3 ( Administration of Official Buildings ) Heading 3 ( New Projects ) for the fiscal year 50-51 is approved .

Article 3 – The Ministries of Public Works Finance and Trade and Industry are to execute this law each in its own concern .

We order that this law be sealed by the State seal and published in the Official Journal and be executed as a State law .Issued at Qubbah Palace in Rabie Al-Awal 1370 AH December 14th . 1950AD

This unique and stylish building was finished by the end of 1953 AD that is after the revolution of July 23rd . 1952 AD and after the departure of king Farouk . The first production of the mint House were the aluminum bronze Sphinx coins in denominations of 1 milliemes 5 milliemes and 10 milliemes issued to public on the second anniversary of the revolution on July 23rd 1954AD . The Mint House continuously minted Egyptian coins and took the task of Minting coins for other Arab countries like Syria , Saudi Arabia and Yamen its activity also included the minting of medals decorations seals andinsignia . The Mint House has been in continuous production ever since its establishment up to the present day always improving on its minting machinery whenever needed

A Public competition for the design of the obverse side is announced in the newspapers sometimes the competition is an internal one within the Mint Authority on rare occasions a designer from the authority is appointed without going through a competition . The competitions are decided by a technical committee from outside the authority that includes officials from inside

If the coin concerns a specific entity ( National Assembly Ain Shams University The National Theatre ,…. etc) the design is submitted on paper for approval by the concerned entity . Alternatively a three dimensional plaster model is submitted by the competitor in a diameter of 13.7 cm ( formerly was 18.5 cm ) and of height 0.5mm to 1.7mm . The committee then selects the most appropriate model

A hand painted model of the obverse on paper is submitted for approval then executed on a copper zincograph chiche ( acid etching ) it usually bears the country name denomination and date. The engraving machine then produces a plastic model of the reverse

The models each in turn is fixed on the automatic engraving machine the pantograph which takes from 30 to 35 hours and through its arms produces two coin size steel dies one for the obverse the other for the reverse . The dies are in relief and are called the Maaster Dies and after retouching they are heat treated to achieve the required hardness

The sunken obverse and reverse minting dies are fixed in the minting machine with a steel racket bearing the reeding design . The machine is now fed with the ready to use discs