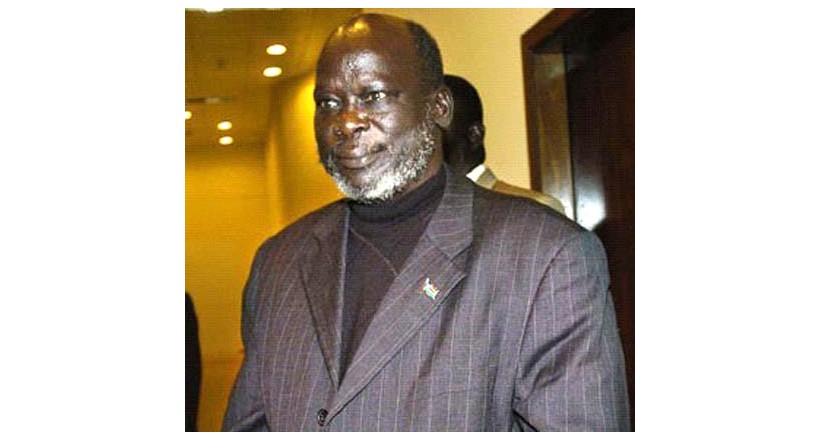 John Garang de Mabior (23 June 1945 – 30 July 2005)was a Sudanese politician and revolutionary leader. From 1983 to 2005, he led the Sudan People's Liberation Army during the Second Sudanese Civil War, and following a peace agreement he briefly served as First Vice President of Sudan for 3 weeks until his death in a helicopter crash on 30 July 2005. A developmental economist by profession, Garang was a major influence on the movement that led to the foundation of South Sudan.