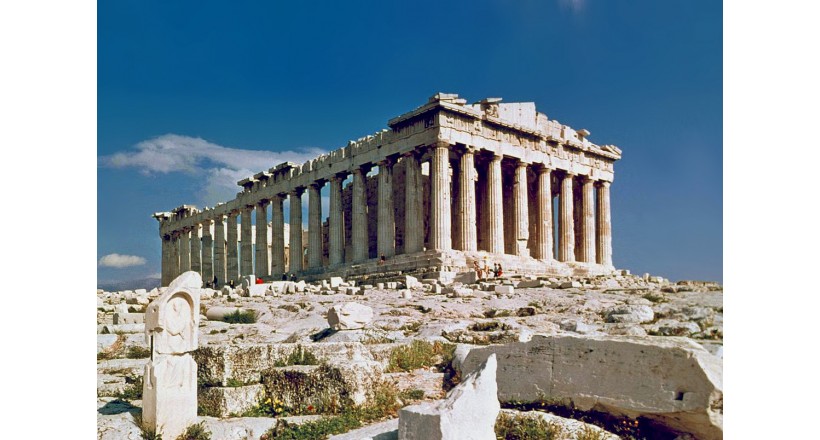 The Parthenon is a Greek temple in Athens , built on the Acropolis , and is considered one of the best examples of ancient Greek architecture. The Greeks built the Parthenon between 447 and 432 BC. It was designed by the Greek architects Actinus and Callicrates, and oversaw the work of the Greek sculptor Phidias. In about the year 500 AD the temple was converted into a Christian church. And after the Turkish and Muslim forces invaded the city in the mid-fifteenth century AD, the temple became a mosque. In 1687 AD, the Parthenon was severely damaged when the Venetians attempted to capture Athens. The building was used by the Turks as a storeroom for gunpowder at that time, and the Baroudi explosion demolished the central part of the building. Most of the sculptures' remains were transferred to the Acropolis Museum in Athens and the British Museum in London. Nothing remains of the buildings but ruins.