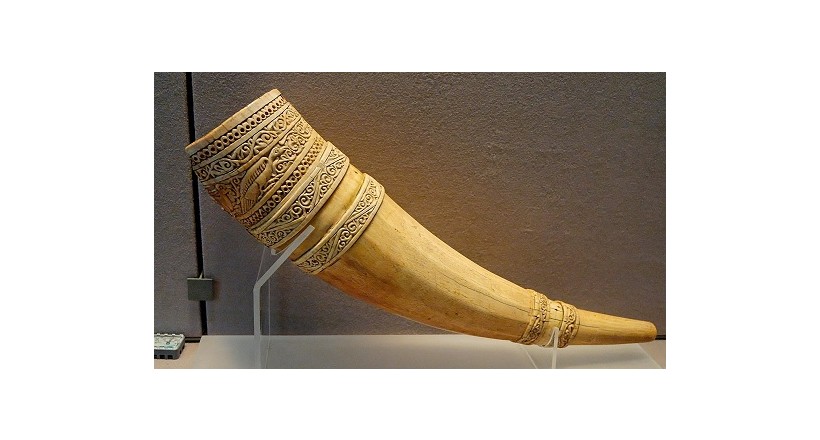 Ivory is a hard, white material from the tusks (traditionally elephants') and teeth of animals, that consists mainly of dentine, one of the physical structures of teeth and tusks. The chemical structure of the teeth and tusks of mammals is the same, regardless of the species of origin. The trade in certain teeth and tusks other than elephant is well established and widespread; therefore, "ivory" can correctly be used to describe any mammalian teeth or tusks of commercial interest which are large enough to be carved or scrimshawed.

Ivory has been valued since ancient times in art or manufacturing for making a range of items from ivory carvings to false teeth, piano keys, fans, dominoes and joint tubes. Elephant ivory is the most important source, but ivory from mammoth, walrus, hippopotamus, sperm whale, killer whale, narwhal and warthog are used as well. Elk also have two ivory teeth, which are believed to be the remnants of tusks from their ancestors.

The national and international trade in ivory of threatened species such as African and Asian elephants is illegal.