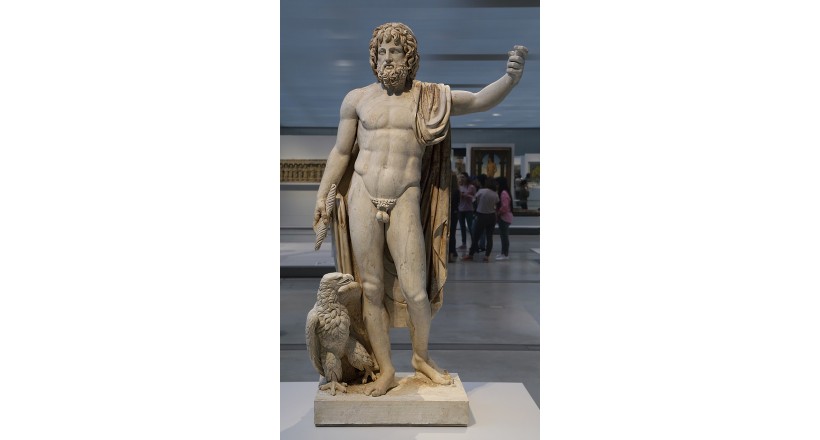 Zeus ( Ancient Greek : Ζεύς. Modern Greek: ας). In the ancient Greeks, he was called "the father of gods and humans," or as in ancient Greek: πατὴρ ἀνδρῶν τε θεῶν τε, patḕr andrōn te theōn te  . In the religious beliefs of the Greeks, he is the father of gods and humans . He is the one who rules the gods of Mount Olympus as the heir father. Zeus is the god of the sky and the thunderbolt in Greek mythology. His Romanian counterpart is Jupiter , and his counterpart in the mythology of Hinduism is Indra and in Alaetroscaneh God Tenea . Zeus' strength lay in his judgment of the terrible forces of nature that the ancient Greeks feared like lightning, thunder and the vast sky.