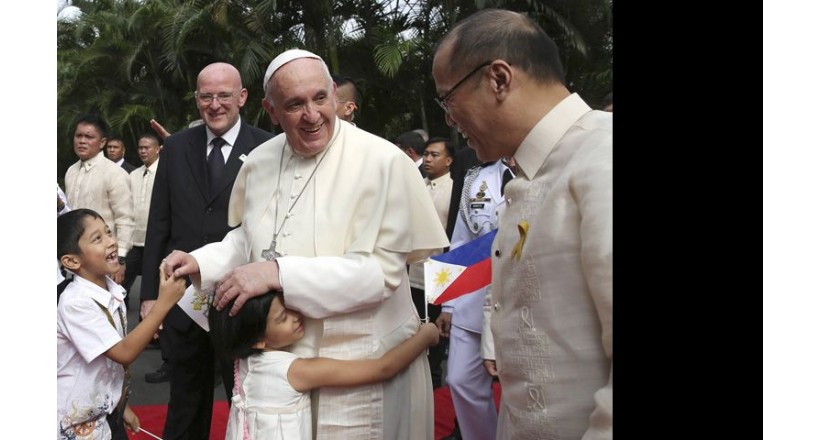 Pope Francis made a pastoral and state visit to the Philippines from January 15 to 19, 2015. He was the third pontiff to visit the Philippines, after Paul VI and John Paul II, and the first in the 21st century and 3rd millennium with the last visit by John Paul II in 1995. Besides Manila, Francis visited Tacloban and Palo, Leyte, to encourage the victims of Typhoon Haiyan (Yolanda). John Paul II had also gone beyond Manila to Cebu, Davao, Bacolod, Iloilo, Legazpi, Bataan, and Baguio, from February 17 to 22, 1981. The Filipinos nicknamed Francis Lolo Kiko ("Grandpa Francis") as a term of endearment, which he commended. Around 6–7 million attended Francis' final Mass at Luneta, surpassing the crowd at World Youth Day 1995 in the same venue. The theme of Francis' 2015 visit was "Mercy and Compassion" (Filipino: Habag at Malasakit).