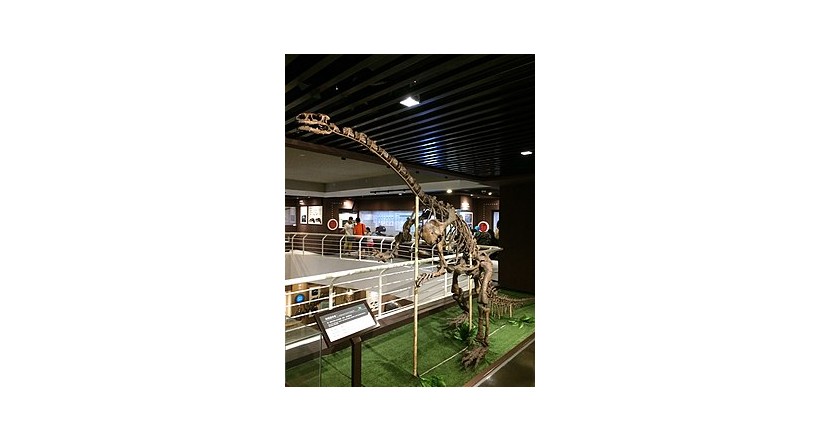 Lufengosaurus (Chinese: 祿豐龍 or 禄丰龙, meaning "Lufeng lizard") is a genus of massospondylid dinosaur which lived during the Early Jurassic period in what is now southwestern China. The dinosaur made international headlines in 2017 when Nature Communications reported scientists' discovery of 195-million-year-old collagen protein in the rib of a Lufengosarus fossil.

During the late 1930s geologist Bien Meinian began to uncover fossils at Shawan near Lufeng in Yunnan province. In 1938 he was joined by paleontologist Yang Zhongjian, at the time better known as "C.C. Young" in the West. In 1941, Yang named remains of a "prosauropod" Lufengosaurus huenei. The generic name refers to Lufeng. The specific name honours Yang's old tutor, the German paleontologist Friedrich von Huene.

The holotype, IVPP V15, a partial skeleton, was found in the Lower Lufeng Formation. Originally considered Triassic, this formation is now seen as dating to the Lower Jurassic (Hettangian–Sinemurian). A second species was named by Yang in 1940/1941 and fully described in 1947: Lufengosaurus magnus was, as its specific name suggests ("the large one" in Latin), a significantly (up to a third in length) larger creature than L. huenei. However, in the West this is often considered a junior synonym of Lufengosaurus huenei, representing large individuals. About thirty major specimens have been discovered, including those of juveniles. In 1958 an exemplar of Lufengosaurus was the first complete dinosaur skeleton mounted in China; a commemorative postage stamp of 8 yuan was issued on 15 April 1958 to celebrate the event, the first time ever a dinosaur was depicted on a stamp. The skeleton is now on display in the Paleozoological Museum of China.