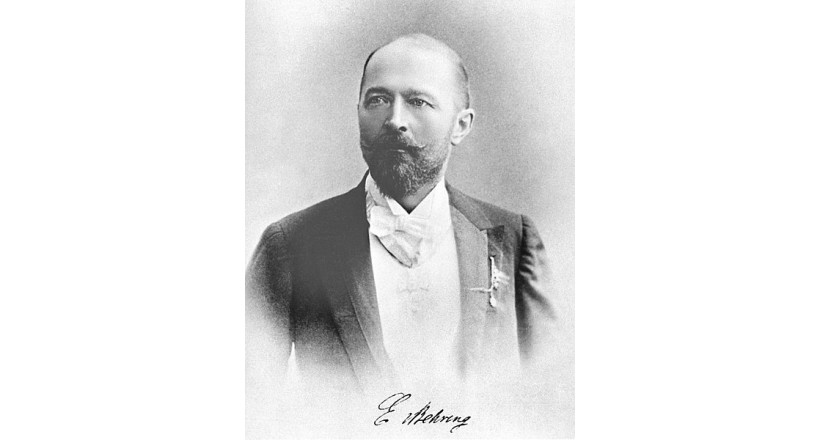 Behring was born in Hansdorf, which was then subordinate to the German kingdom of Prussia (and now belongs to Poland ) on March 15, 1854 , and the financial condition of his family was weak and he could not be enrolled in university, and in 1874 Behring had to join the Academy of Military Medical Education (in German : Akademie für das militärärztliche Bildungswesen) in Berlin , which enabled him to study medicine at a reasonable financial cost, but in exchange for being obligated to stay in military service for several years after his graduation in 1878 , where he served in Wohlau and Posen in Poland , and in Busen he began interest in Behring to study infectious diseases .

In 1888 Behring returned to Berlin , where he was educated by Robert Koch and assisted in his research, then he moved with him the following year to the Institute of Infectious Diseases, and there he met a third pioneer of that field, Paul Ehrlich, so the three of them became a distinguished scientific team in microbiology Medical.