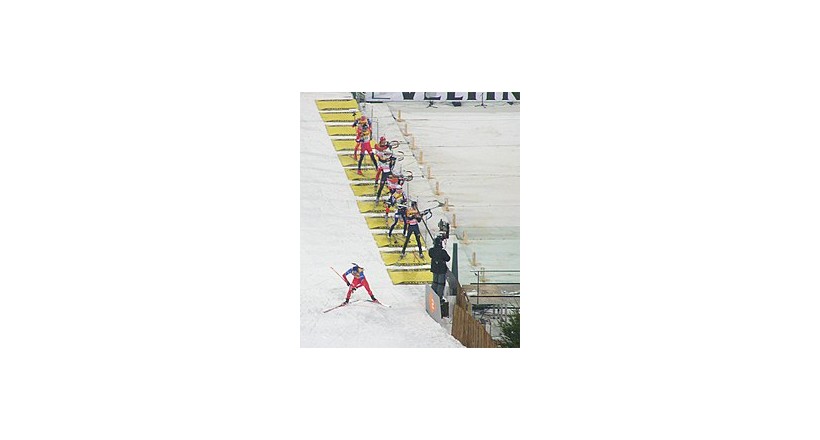 Biathlon long distance Biathlon: a type of winter sports and is one of the major competitions in the Winter Olympics . It is a ski long distance punctuated by 2 to 4 rounds of shooting using the gun in my stand and lie and is considered accurate correction is an important factor in winning as it is added to a distance Extra to the total distance of the long-distance skiing segment if the aiming in the shooting part is not accurate.

In each half of the runs shooting player must hit 5 goals and if a mistake in injury and one goal by compensation by following one of the following ways:

Add 150 meters to the total distance.

Add 1 minute to his total time.

The weight of the rifle is usually 3,5 kg, and the archer is 50 meters away from the target. There are 5 circular targets that must be hit. As for the length of the total distance, it varies according to sub-types of sports and the common type is 10 km for men and 7.5 km for women interspersed with 10 runs of shooting 5 in Stand mode, 5 is in the prone mode and the winner is the one who completes the game in the shortest time.

This game dates back to Norway, as it was part of the Norwegian army’s training and organized the first championship in this game in 1767 The game entered the Winter Olympics in 1960 and the first world professional championship was held in 1958 in Austria and in 1992 the women began participating in the Olympic competitions in this game .