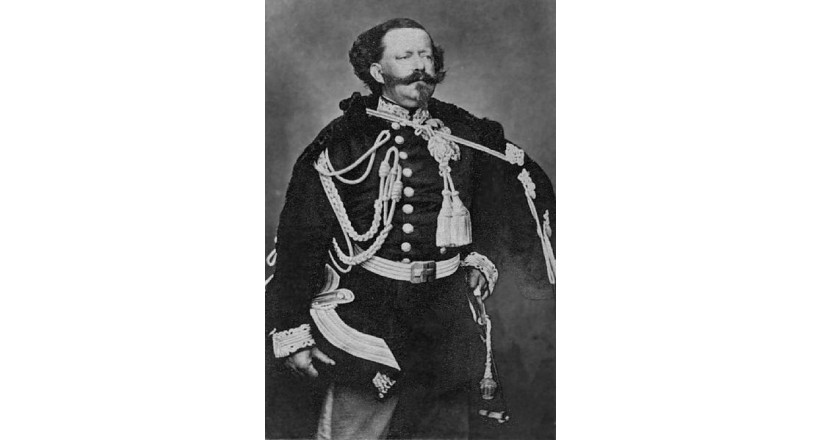 Victor Emmanuel II (Italian: Vittorio Emanuele II; full name: Vittorio Emanuele Maria Alberto Eugenio Ferdinando Tommaso di Savoia; 14 March 1820 – 9 January 1878) was King of Sardinia from 1849 until 17 March 1861, when he assumed the title of King of Italy and became the first king of a united Italy since the 6th century, a title he held until his death in 1878. Borrowing from the old Latin title Pater Patriae of the Roman emperors, the Italians gave him the epithet of Father of the Fatherland (Italian: Padre della Patria).

Born in Turin as the eldest son of Charles Albert, Prince of Carignano, and Maria Theresa of Austria, he fought in the First Italian War of Independence (1848-49) before being made King of Piedmont-Sardinia following his father's abdication. He appointed Camillo Benso, Count of Cavour, as his Prime Minister, and he consolidated his position by suppressing the republican left. In 1855, he sent an expeditionary corps to side with French and British forces during the Crimean War; the deployment of Italian troops to the Crimea, and the gallantry shown by them in the Battle of the Chernaya (16 August 1855) and in the siege of Sevastopol led the Kingdom of Sardinia to be among the participants at the peace conference at the end of the war, where it could address the issue of the Italian unification to other European powers.This allowed Victor Emmanuel to ally himself with Napoleon III, Emperor of France. France had supported Sardinia in the Second Italian War of Independence, resulting in liberating Lombardy from Austrian rule.