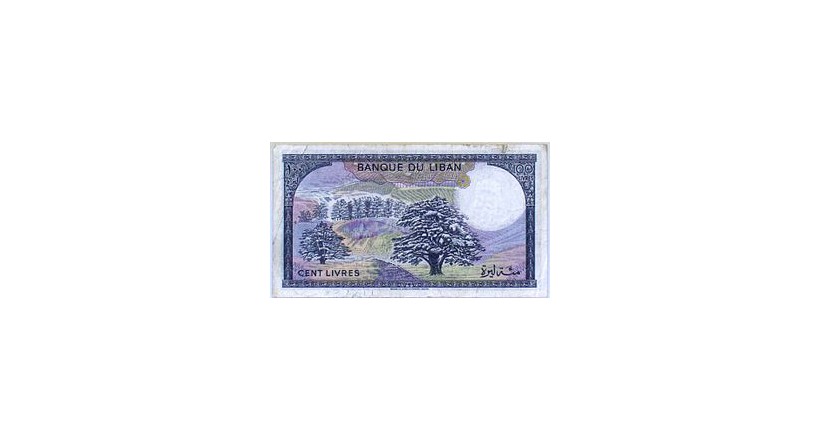 Before the First World War , the Ottoman Lira (and it was called "Al-Athali" or "Al-Asmali") was in circulation in Lebanon. After the collapse of the Ottoman Empire, the Egyptian pound was adopted. Therefore, money in the Lebanese dialect is called "Masary". At the time of the Mandate, France introduced a single currency in Syria and Lebanon and called it the "Syrian Lira", and it was linked to the French franc, so that the value of the lira was equal to 20 francs. It was issued by "Bank of Lebanon and Syria" and in 1924 AD , Lebanon started issuing its own coins and in 1925 AD issued its paper currency. In 1939 , the Lebanese pound separated from her Syrian sister once and for all, but he maintained his relationship with the French franc. After the French were defeated in the beginnings of World War II, the conversion of the lira to the British pound shifted at a rate of 8.8 pounds per pound. The lira's association with the scrub came back after the war. And the Lebanese pound became independent from the franc in 1949 .

Since 1983, due to the Lebanese civil war, the Lebanese pound lost a lot of its value in relation to the US dollar and the rest of the currencies. After the Taif Agreement , the lira’s depreciation was curbed and settled at the limits of 1,500 liras to the dollar since 1992 and has remained at this level since that time.