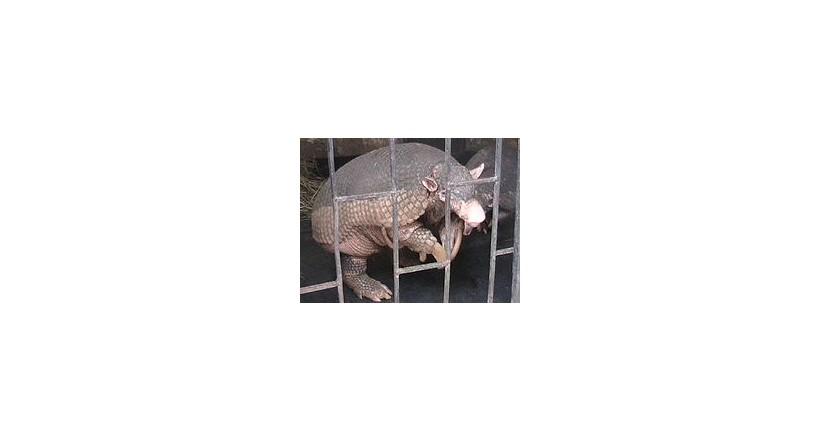 The giant armadillo (Priodontes maximus), colloquially tatou, ocarro, tatu-canastra or tatú carreta, is the largest living species of armadillo (although their extinct relatives, the glyptodonts, were much larger). It lives in South America, ranging throughout as far south as northern Argentina. This species is considered vulnerable to extinction.

The giant armadillo prefers termites and some ants as prey, and often consumes the entire population of a termite mound. It also has been known to prey upon worms, larvae and larger creatures, such as spiders and snakes, and plants.

At least one zoo park, in Villavicencio, Colombia – Los Ocarros – is dedicated to this animal.