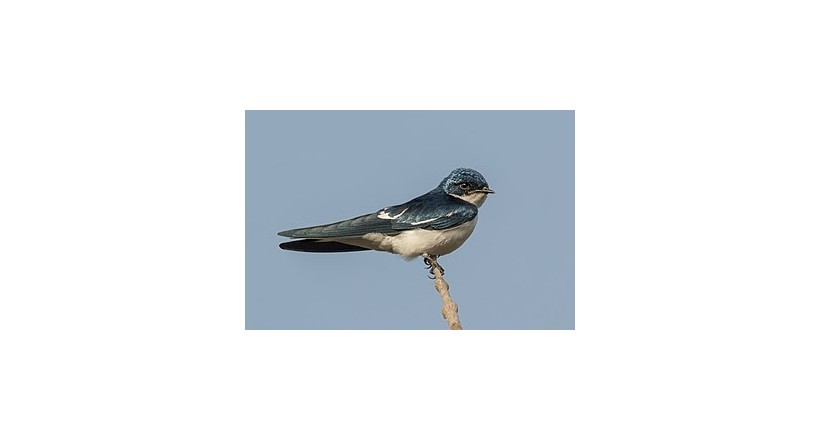 The swallows, martins and saw-wings, or Hirundinidae, are a family of passerine birds found around the world on all continents, including occasionally in Antarctica. Highly adapted to aerial feeding, they have a distinctive appearance. The term Swallow is used colloquially in Europe as a synonym for the barn swallow. There are around 90 species of Hirundinidae, divided into 19 genera, with the greatest diversity found in Africa, which is also thought to be where they evolved as hole-nesters. They also occur on a number of oceanic islands. A number of European and North American species are long-distance migrants; by contrast, the West and South African swallows are non-migratory.

This family comprises two subfamilies: Pseudochelidoninae (the river martins of the genus Pseudochelidon) and Hirundininae (all other swallows, martins and saw-wings). Within the Old World, the name martin tends to be used for the squarer-tailed species, and the name swallow for the more fork-tailed species; however, there is no scientific distinction between these two groups.Within the New World, "martin" is reserved for members of the genus Progne. (These two systems are responsible for the sand martin being called "bank swallow" in the New World.)