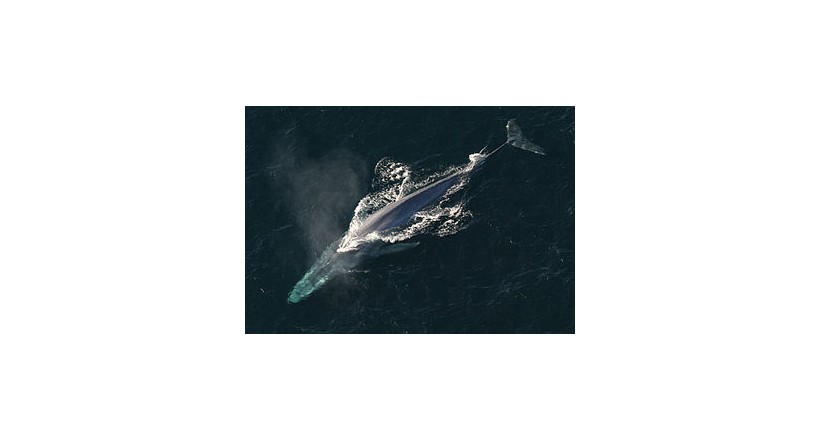 The blue whale (Balaenoptera musculus) is a marine mammal belonging to the baleen whale suborder Mysticeti. Reaching a maximum of 100 feet (30.5 m) in length and 130 tons (260,000 lb) in weight, it is the largest known animal. The blue whale’s long and slender body can be various shades of grayish-blue dorsally and somewhat lighter underneath.

There are currently five subspecies of blue whale, recognized by the Society for Marine Mammalogy’s Committee on Taxonomy: B. m. musculus in the North Atlantic and North Pacific, B. m. intermedia in the Southern Ocean, B. m. brevicauda (the pygmy blue whale) in the Indian Ocean and South Pacific Ocean, B. m. indica in the Northern Indian Ocean, and B. m. unnamed subsp. in the waters off Chile. The blue whale diet consists almost exclusively of euphausiids (krill).

Blue whales were abundant in nearly all the oceans on Earth until the end of the 19th century. They were hunted almost to extinction by whaling until the International Whaling Commission banned all hunting of blue whales in 1967. The International Whaling Commission catch database estimates that 382,595 blue whales that were caught between 1868 and 1978. The global blue whale population abundance is estimated to be 10,000-25,000 blue whales, roughly 3-11% of the population size estimated in 1911 There remain only much smaller concentrations in the Eastern North Pacific (1,647), Central North Pacific (63-133), North Atlantic (1000-2,000), Antarctic (2,280), Pygmy (718), Northern Indian Ocean (270), and Chile (570-760).