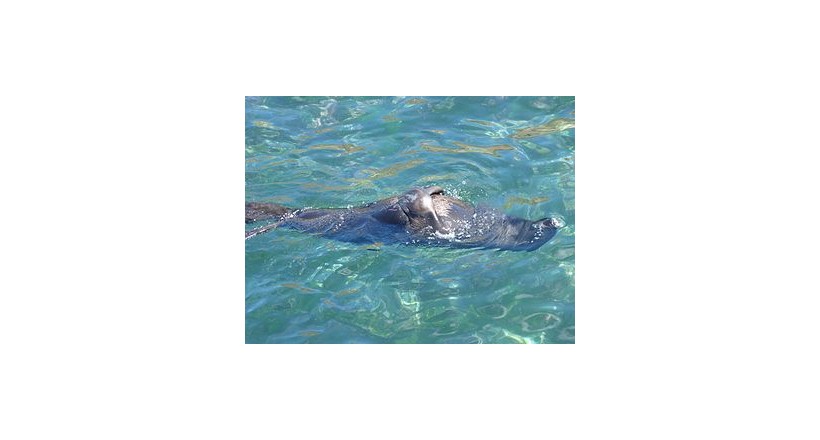 The Juan Fernández fur seal is the second smallest of the fur seals, second only to the Galápagos fur seal. They are found only on the Pacific Coast of South America, more specifically on the Juan Fernández Islands and the Desventuradas Islands. There is still much that is unknown about this species. Scientists still do not know the average life span of this species, or the diet and behavior of males apart from the breeding seasonThe Juan Fernandez fur seal is part of the group of eared seals. Fur seals in general have thick insulating fur that protects the skin from cold water, they have small ear flaps on the side of their head, and they hold their weight on their front flippers which are also used for land locomotion. Fur seals are different from true seals because they have the external ear flaps, but also true seals use their chest for support and movement, fur seals walk on their front flippers.The Juan Fernandez fur seal is the second smallest fur seal, second only to the Galápagos fur seal. Their bodies are short and robust with brown pelage. Both the fore flippers and the hind flippers are relatively short, and the hind flippers have fleshy tips on the digits. Females are lighter brown and average 100 pounds and 4'6" long. Males are significantly larger and average 300 pounds and 6'6" in length. Males have thicker necks than females and have generally darker brown pelage. Male seals have golden tipped thick guard hairs on the back of the head, neck, and shouldersThis seal species has a trait called sexual dimorphism, meaning the males look much different from the females after reaching sexual maturity