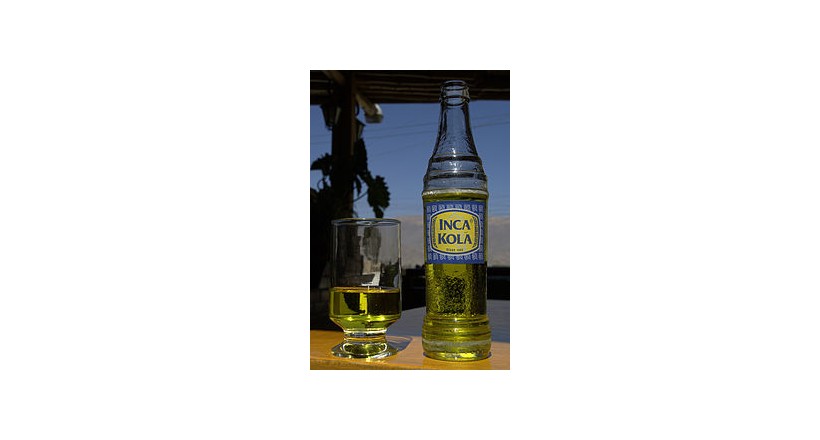 Inca Kola (also known as "the Golden Kola" in international advertising) is a soft drink that was created in Peru in 1935 by British immigrant Joseph Robinson Lindley.The soda has a sweet, fruity flavor that somewhat resembles its main ingredient, lemon verbena (verbena de Indias or cedrón in Spanish). Americans compare its flavor to bubblegum or cream soda. Sometimes categorized as a champagne cola, it has been described as "an acquired taste" whose "intense color alone is enough to drive away the uninitiated."

Inca Kola is a source of national pride and patriotism in Peru, a national icon.Inca Kola is available in parts of South America, North America and Europe, and while it has not enjoyed major success outside Peru, it can be found in Latin American specialty shops worldwide. Inca Kola is sold in bottles and with an Inca motif.