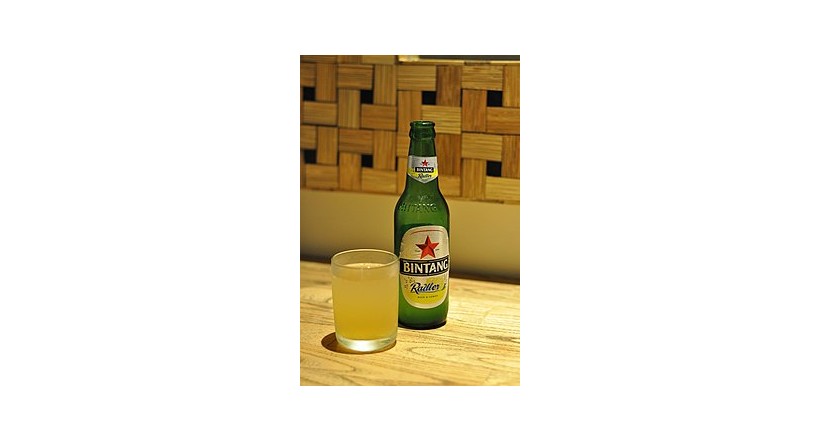 Bintang Beer (Indonesian: Bir Bintang, "Star Beer") is a brand of beer from Indonesia and is produced by PT Multi Bintang Indonesia Tbk, part of Heineken.

The beer is styled as a pale lager, gold in colour with an ideal serving temperature of 7 °CThe 4.7% ABV Pilsner has a malt and hop flavour. Because it is a localized version of Heineken, its taste is similar and comparable to Heineken, and the Bintang bottle is reminiscent of a Heineken bottle; the red star on the bottle is the same as Heineken. Bintang makes a malt based beverage called Bintang Zero 0.0%, a low alcohol Radler called Bintang Radler (in both lemon and grapefruit flavours) 2.0%, a soft drink product called Green Sands.

Construction of the brewery began in Surabaya in 1929 during Dutch colonial rule of Indonesia. In 1949, following Indonesian independence, the brewery was renamed 'Heineken's Indonesian Brewery Company'. In 1957 the Indonesian Government appropriated the brewery, and retained control for the next ten years. In 1967 Heineken resumed operations of the brewery, which was later renamed "Multi Bintang Indonesia"

In 2011, Bintang Beer won a gold medal for Lager (Class 2) and Champion Beer for the lager category at the Brewing Industry International Awards (BIIA 2011) in London