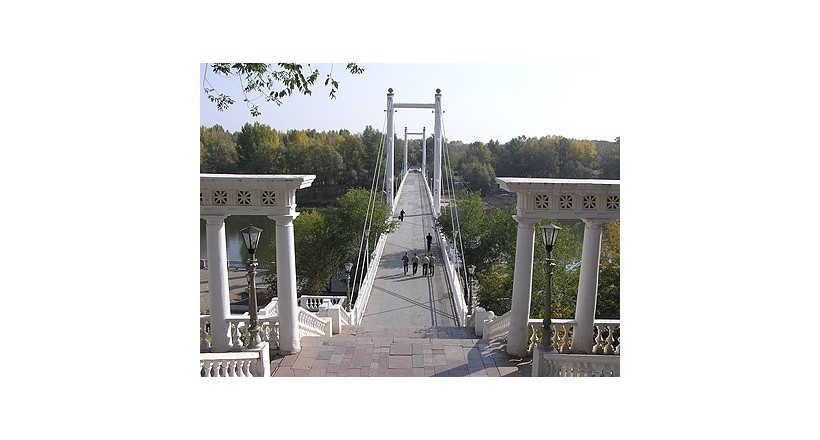 Orenburg ( in Russian : Оренбург) is one of the cities of Russia and the capital of the Russian federal entity Orenburg Oblast . Orenburg is more than 1500 km east of Moscow, in the southern Urals region close to the border with Kazakhstan .

The city was founded in 1743 as a military fortress and a base for Russia's move towards Central Asia and Kazakhstan. It is a move against British expansion going from India to Afghanistan and Central Asia. Russia sought to prevent British penetration of the borders that border it. And soon this new Russian city, apart from its defensive function, soon became an important commercial center. Thanks to its convenient geographical location and being a window into the countries of Central Asia and the East. And Asian merchants came to her with cattle, camel hair, sheep fur, gemstones and brocade fabric. As for Russia, it was transporting grains, woolen and cotton textiles, minerals, semi-precious stones, honey, salt and fish.

At the beginning of the twenty-first century, Orenburg has already become a developed civilized city. This is evident in many areas of life: political, social, cultural and economic. A real transformation took place here at the end of the sixties and beginning of the seventies of the last century with the discovery of oil and gas and the related industries related to these two vital materials, and an influx of workers from all over the country where there are many job opportunities here. This led to a vital revival at all levels in this city, which has a population of about 800,000 people. The city administration works to strengthen and strengthen the relationships between the different ethnic and religious communities. The city also hosts a group of Orthodox and Catholic churches and Islamic mosques, and the field is open to various cultural and religious centers and activities. It is indeed an international city with a population of various nationalities and religions who have lived and lived in hand in hand from its foundation to the present day.

Wrenburg - a Russian city located on the border between the continents of Asia and Europe in the south of the Ural Mountains on the Ural River when it meets the Sakamara River. The city is 1478 km from Moscow. And the number of souls more than half a million people. The city is an important and vital hub for road transport.