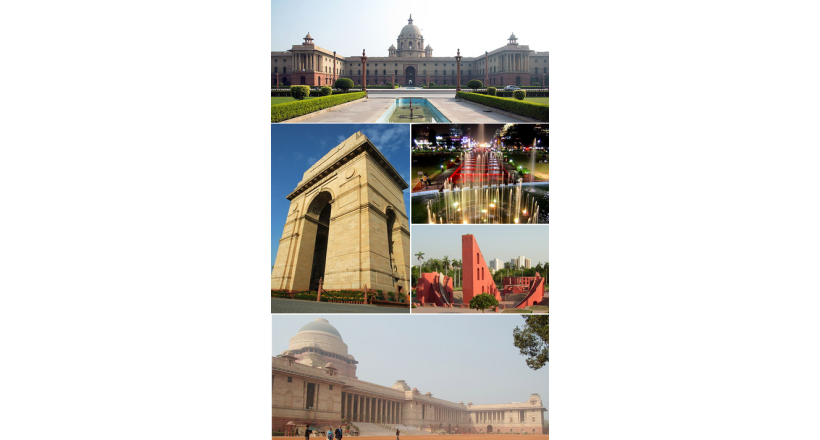 is an urban district of Delhi which serves as the capital of India and seat of all three branches of the Government of India.

The foundation stone of the city was laid by Emperor George V during the Delhi Durbar of 1911. It was designed by British architects, Sir Edwin Lutyens and Sir Herbert Baker. The new capital was inaugurated on 13 February 1931, by Viceroy and Governor-General of India Lord Irwin.

Although colloquially Delhi and New Delhi are used interchangeably to refer to the National Capital Territory of Delhi (NCT), these are two distinct entities, with New Delhi forming a small part of Delhi. The National Capital Region is a much larger entity comprising the entire NCT along with adjoining districts in neighbouring states.Calcutta (now Kolkata) was the capital of India during the British Raj, until December 1911. Calcutta had become the centre of the nationalist movements since the late nineteenth century, which led to the Partition of Bengal by then Viceroy of British India, Lord Curzon. This created massive political and religious upsurge including political assassinations of British officials in Calcutta. The anti-colonial sentiments amongst thepublic led to complete boycott of British goods, which forced the colonial government to reunite Bengal and immediately shift the capital to New Delhi