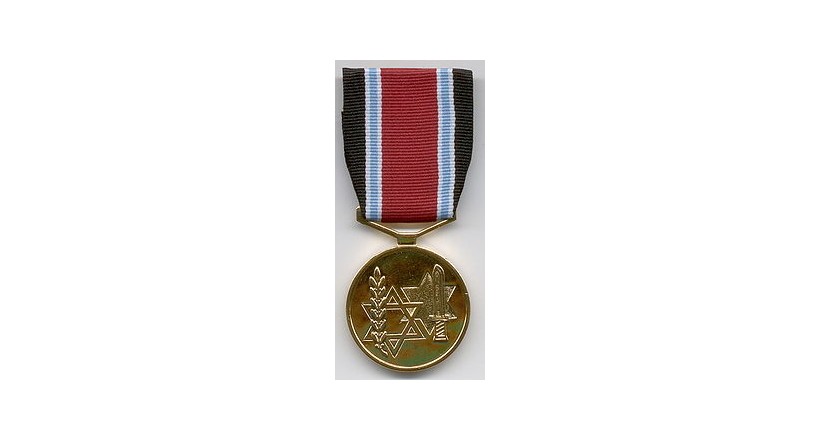 First instituted as a ribbon bar in 1967, it was first awarded to World War II veterans at Yom HaShoah (7th of May) the same year by the Prime Minister of Israel, Levi Eshkol.

In 1985 to mark 40 years to victory in World War II, an Israeli flag with the ribbon bar was awarded to a number of museums dedicated to the war.

An Israeli citizen or permanent resident of Israel who during World War II was engaged in the military campaign against the Nazi oppressors and their supporters and fought them in one of the Allies armed forces, including the English brigade, as a partisan or as an underground movement member during the set period of time which is between 1/9/1939 and the 1/9/1945, as specified by Yad Vashem regulation of 1968, and also based upon the "status of the World War II veterans" Act of 2000.

If the person eligible for this award has died, a family member (a spouse, a son, a daughter, a father, a mother, a brother, a sister, a grandson, a granddaughter) is entitled to submit an application requesting the ribbon, or an equivalent to the ribbon in event of loss or wear and tear.