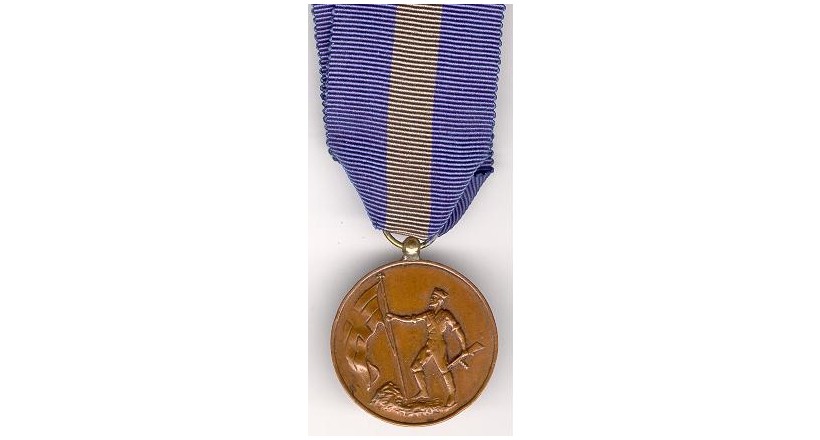 Instituted on 22 December 1948 the Medal commemorates Nation Resistance during the Second World War. It was awarded in one class and bestowed upon those who had actively served in, or had been of assistance to Greek National Resistance Organisations in their struggle against occupying Italo-German forces between 1941 and 1945. The Medal is a bronze medallion, the obverse of which depicts an armed Greek Resistance Fighter planting the National Flag on a rock. The reverse bears the inscription 'National Resistance, 1941 - 1945' in Greek. The medal is pendent on a riband of dark blue with a wide grey center stripe. Some examples include a small bronze bar bearing the year of service on the riband (Romanoff, 1987).