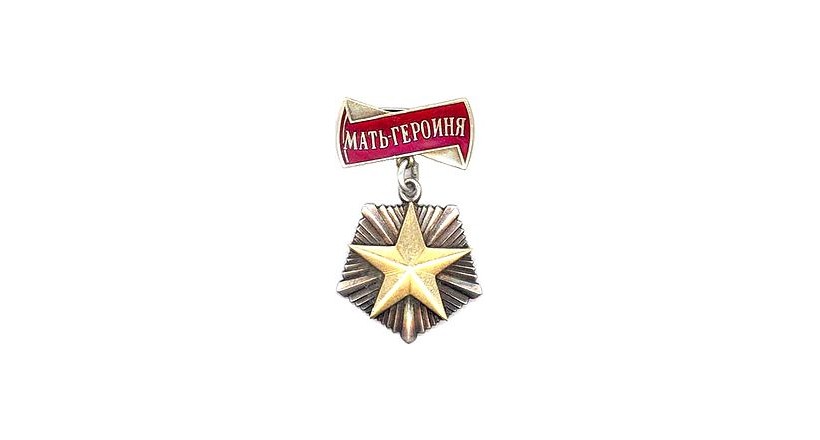 Mother Heroine (Russian: Мать-героиня, Mat'-geroinya) was an honorary title in the Soviet Union awarded for bearing and raising a large family. The state's intent was not only to honor such large families but also to increase financial assistance for pregnant women, mothers of large families, and single mothers, and to promote an increased level of health in mother and child The award was established in 1944 and continued to exist until the fall of the Soviet Union in 1991.