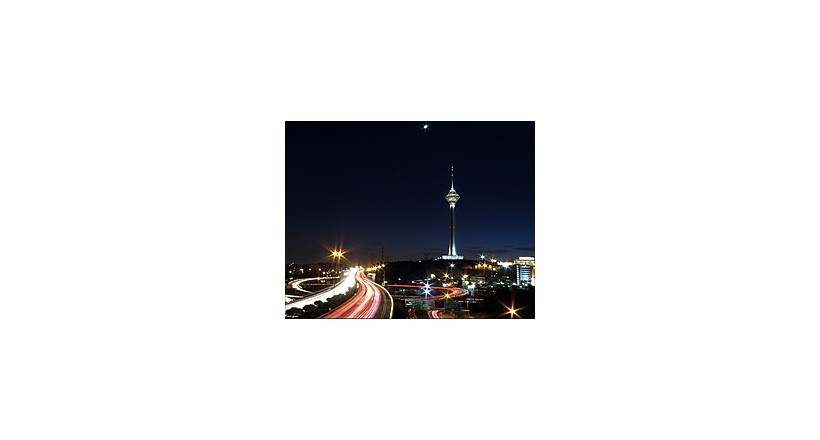 Milad Tower (Persian: برج میلاد‎ Borj e Milād), also known as the Tehran Tower (برج تهران Borj e Tehrān), is a multi-purpose tower in Tehran, Iran. It is the sixth-tallest tower and the 24th-tallest freestanding structure in the world.

It is located between Qarb Town and the district of Gisha, standing at 435 meters from the base to the tip of the antenna. The head consists of a large pod with 12 floors, the roof of which is at 315 meters.

The tower is a part of the International Trade and Convention Center of Tehran, which also includes a five-star hotel, a convention center, a world trade center and an IT parkThe Milad Tower was part of the Shahestan Pahlavi project, a vast development for a new government and commercial centre for Tehran, that was designed in the 1970s but never materialized, except for the Tower. After an international competition, the project was awarded to the Llewely Davies Company, and construction was inaugurated on August 19, 1975, with the Shah of Iran and the Mayor of Tehran Dr G.R. Nickpay burying a commemorative gold plaque .There is also another background of building this tower, since the construction of the tower was started after the 1979 revolution. The new government of Iran wanted to create a new symbol for Tehran to replace the Azadi Tower that was a symbol of Pahlavi's reign.