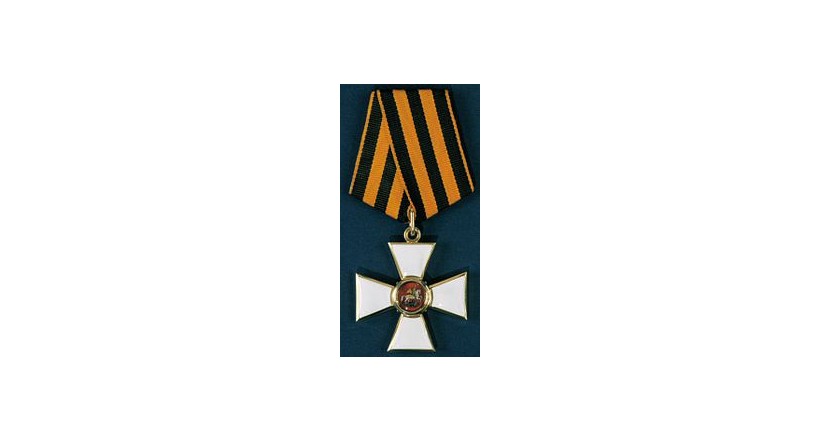 The Order of Saint George (Russian: Орден Святого Георгия, Orden Svyatogo Georgiya) is today the highest purely military decoration of the Russian Federation. Originally established 26 November 1769 as the highest military decoration of the Russian Empire by Empress Catherine the Great. After the 1917 Russian Revolution it was awarded by the White movement anti-communist forces under Alexander Kolchak until their collapse in 1921.The order was revived in the Russian Federation on 8 August 2000 by Decree №1463 of the President of Russia. The current award criteria were amended on 7 September 2010 by Presidential Decree 1099.