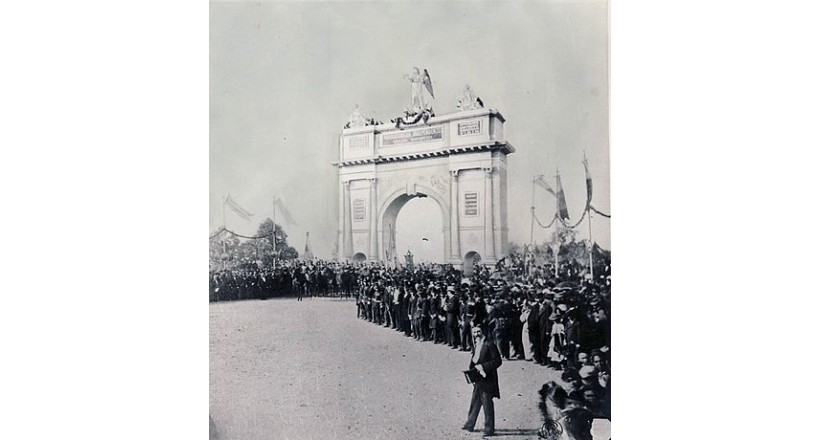 The Roman Independence War is a name used in Roman history denoting the Russo-Turkish War (in 1877) in which Romania fought alongside the Russian army and declared independence from the Ottoman Empire . On April 16, 1877, Romania and the Russian Empire signed a treaty in Bucharest , according to which Russian forces were allowed to pass through Roman territory, provided that Russia respected the territorial integrity of Romania. As a result, Russian forces began recruiting and about 120,000 soldiers gathered in the south of the country to defend a possible attack from Ottoman forces south of the Danube . On April 24, 1877, Russia declared war against the Ottoman Empire and entered its forces in Romania through the Eiffel Bridge en route to the Ottoman Empire. Because of the heavy losses, the Russian Empire asked Romania to intervene. On July 24, 1877, the first Romanian army unit crossed the Danube and joined the Russian forces.