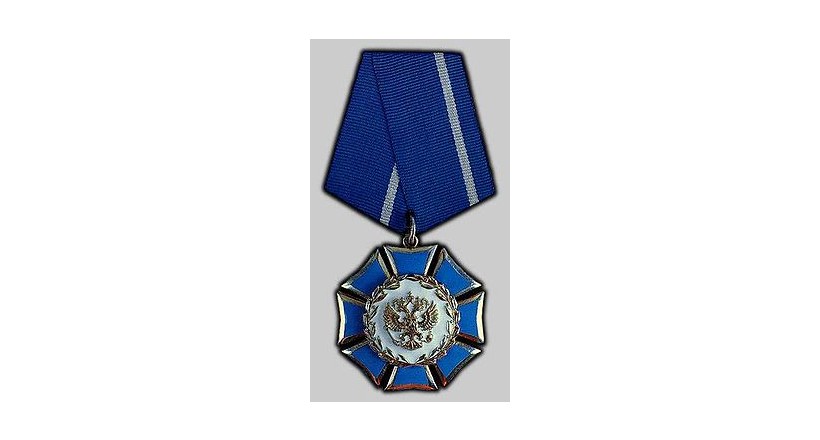 The Order of Honour (Russian: орден Почёта, tr. orden Pachyota) is a state order of the Russian Federation established by Presidential Decree No. 442 of March 2, 1994 to recognise high achievements in government, economic, scientific, sociocultural, public, sport and charitable activities. Its statute was amended by decree No. 19 of January 6, 1999 and more lately by decree No. 1099 of January 7, 2010 which defined its present status. It should not be confused with the Soviet Order of the Badge of Honour, although the current order maintains continuity with it.