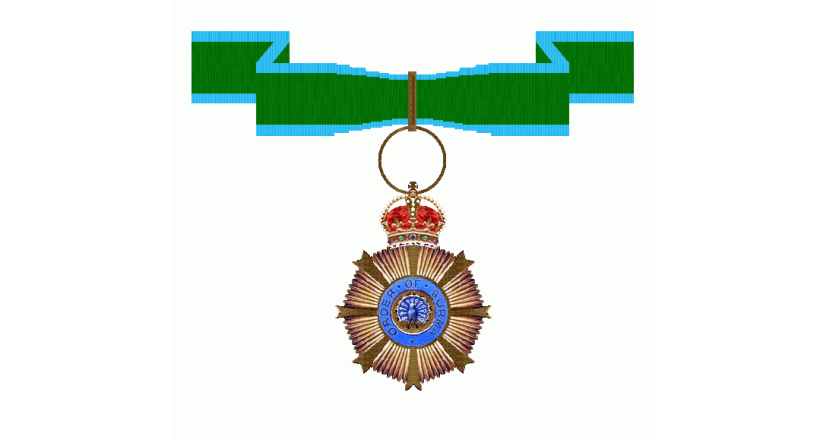 The Order of Burma was founded by Royal Warrant on 10 May 1940, and conferred in a single class. It was awarded by the Governor of British Burma for long, faithful and honourable service by Governor's Commissioned (i.e. native Burmese) Officers in the Burma Army, the Burma Frontier Force and the Burma Military Police. In September 1945 the royal warrant was amended to permit awards of the order for gallantry.

When established, there was a fixed establishment of twenty eight awards, sixteen for the Burma Army, and twelve for the Burma Frontier Force and Military Police, with vacancies filled once annually as they occurred. The award carried an allowance of one rupee a day for life, unless forfeited by misconduct.

Recipients were entitled to the post-nominal letters OB. Only 33 individuals were ever made members of the order.

The badge of the order consisted of a gold rayed circle, 39 millimetres (1.5 in) in diameter, surmounted by an Imperial crown, with a central roundel showing a peacock displaying his tail, surrounded by the words ‘ORDER OF BURMA’. It was worn from a neck ribbon of dark green edged with light blue.

Abolished in 1947,the government of post-independence Burma created the Pyidaungsu Sithu Thingaha, (or Order of the Union of Burma) to replace the Order of Burma on 2 September 1948.