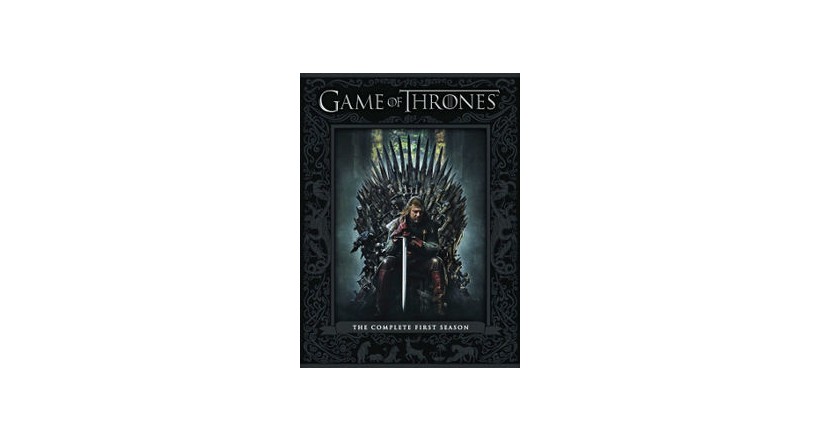 The first season of the fantasy drama television series Game of Thrones premiered on HBO on April 17, 2011 in the U.S. and concluded on June 19, 2011. It consists of ten episodes, each of approximately 55 minutes. The series is based on A Game of Thrones, the first novel in the A Song of Ice and Fire series by George R. R. Martin, adapted for television by David Benioff and D. B. Weiss. HBO had ordered a television pilot in November 2008; filming began the following year. However, it was deemed unsatisfactory and later reshot with some roles recast. In March 2010, HBO ordered the first season, which began filming in July 2010, primarily in Belfast, Northern Ireland, with additional filming in Malta.

The story takes place in a fantasy world, primarily upon a continent called Westeros, with one storyline occurring on another continent to the east known as Essos. Like the novel, the season initially focuses on the family of nobleman Eddard "Ned" Stark, who is asked to become the King's Hand (chief advisor) to his king and longtime friend, Robert Baratheon. Ned must find out who killed his predecessor, Jon Arryn, while trying to protect his family from their rivals, the Lannisters. He uncovers the dark secrets about the Lannisters that his predecessor died trying to expose. Meanwhile, in Essos, the exiled Viserys Targaryen, son of the former king, seeks assistance alongside his sister Daenerys in his attempts to gain back his perceived rightful claim to the Iron Throne.

Critics praised the show's production values and cast; Dinklage's portrayal of Tyrion Lannister received specific accolades, as did Bean and Clarke, as well as Ramin Djawadi for music.

The first season won two of the thirteen Emmy Awards for which it was nominated: Outstanding Supporting Actor in a Drama Series (Dinklage) and Outstanding Main Title Design. It was also nominated for Outstanding Drama Series. U.S. viewership rose by approximately 33% over the course of the season, from 2.2 million to over 3 million by the finale.