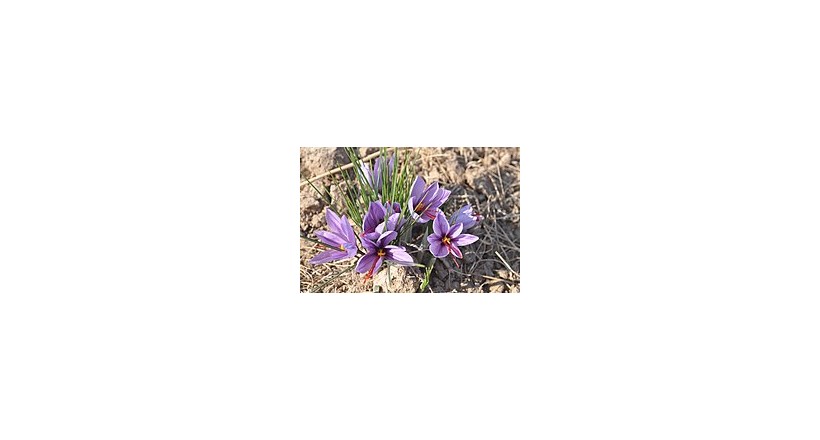 Crocus (English plural: crocuses or croci) is a genus of flowering plants in the iris family comprising 90 species of perennials growing from corms. Many are cultivated for their flowers appearing in autumn, winter, or spring. The spice saffron is obtained from the stigmas of Crocus sativus, an autumn-blooming species. Crocuses are native to woodland, scrub, and meadows from sea level to alpine tundra in North Africa and the Middle East, central and southern Europe, in particular Krokos, Greece, on the islands of the Aegean, and across Central Asia to Xinjiang Province in western China.

The name of the genus is derived from the Greek κρόκος (krokos). This, in turn, is probably a loan word from a Semitic language, related to Hebrew כרכום karkōm, Aramaic ܟܟܘܪܟܟܡܡܐ kurkama, and Arabic كركم kurkum, which mean "saffron" (Crocus sativus), "saffron yellow" or turmeric (see Curcuma). The word ultimately traces back to the Sanskrit kunkumam (कुङ्कुमं) for "saffron". The English name is a learned 16th-century adoption from the Latin, but Old English already had croh "saffron".