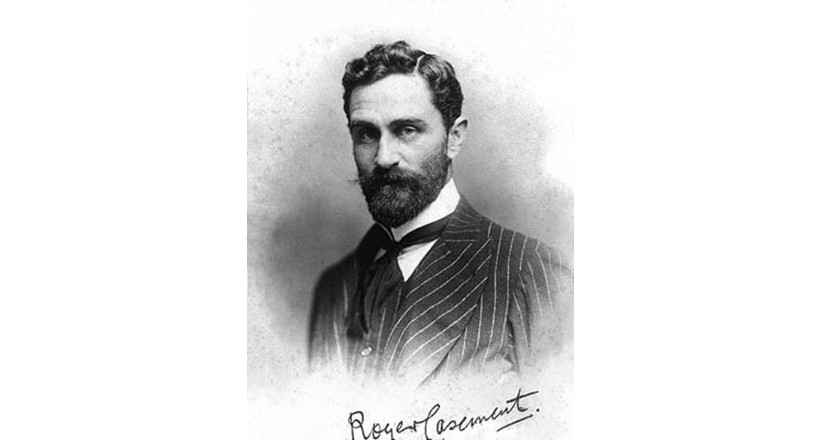 Roger David Casement (1 September 1864 – 3 August 1916), known as Sir Roger Casement, CMG, between 1911 and 1916, was a diplomat and Irish nationalist. He worked for the British Foreign Office as a diplomat and later became a humanitarian activist, poet and Easter Rising leader. Described as the "father of twentieth-century human rights investigations", he was honoured in 1905 for the Casement Report on the Congo and knighted in 1911 for his important investigations of human rights abuses in Peru.

In Africa as a young man, Casement first worked for commercial interests before joining the British Colonial Service. In 1891 he was appointed as a British consul, a profession he followed for more than 20 years. Influenced by the Boer War and his investigation into colonial atrocities against indigenous peoples, Casement grew to mistrust imperialism. After retiring from consular service in 1913, he became more involved with Irish republicanism and other separatist movements. During World War I he made efforts to gain German military aid for the 1916 Easter Rising that sought to gain Irish independence.

He was arrested, convicted and executed for high treason. He was stripped of his knighthood and other honours. Before the trial, the British government circulated excerpts said to be from his private journals, known as the Black Diaries, which detailed homosexual activities. Given prevailing views and existing laws on homosexuality, this material undermined support for clemency for Casement. Debates have continued about these diaries: a handwriting comparison study in 2002 concluded Casement had written the diaries, but this was still contested by some.