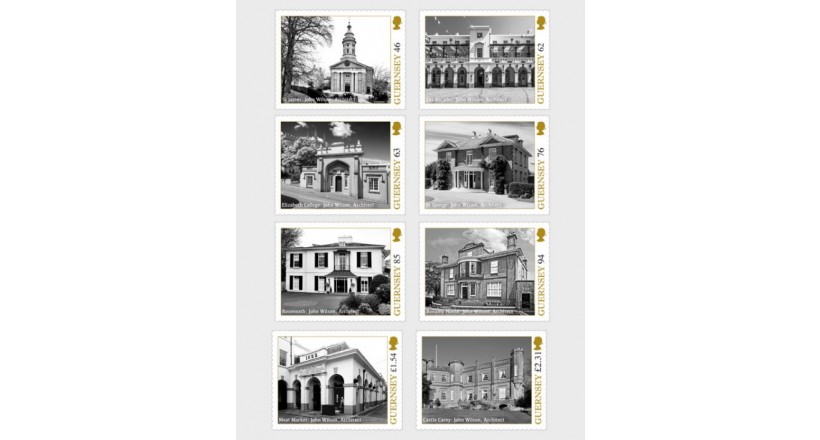 John Wilson (1781, Dalston, Cumbria - 1866, Shirley, Hampshire) was a Clerk of Works for the Board of Ordnance who became one of the most celebrated architects in the island of Guernsey for the buildings he designed there between 1813 and 1831.

He worked mostly in stucco (which he called 'Roman cement') in the neoclassical, Gothic Revival or Jacobethan styles.

Despite the recognition of his work in Guernsey, he appears to have done little work outside the island and remains a rather elusive figure.

John Wilson was born in Dalston, Cumbria and baptised on the 6 June 1781, the son of Robert and Mary Wilson of Cardewlees. In 1816, he married Ann Strong, the daughter of John Strong, a solicitor of Carlisle, at the church of St George's, Hanover Square, London.

He joined the Board of Ordnance as a mason. He had been promoted to master mason, and was appointed Clerk of Works by 1813.

He was sent to Guernsey in about 1813 to supervise the construction of permanent barracks for the garrison in Guernsey and Alderney.

His work with the Board of Ordnance allowed him time to take on private commissions, and his first major project was Torteval Church.