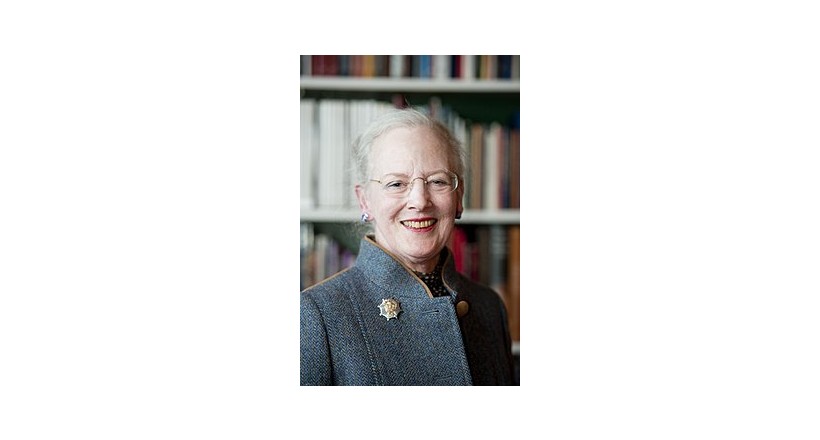 Margrethe II; full name: Margrethe Alexandrine Þórhildur Ingrid; born 16 April 1940) is the Queen of Denmark, as well as the supreme authority of the Church of Denmark and Commander-in-Chief of the Danish Defence. Born into the House of Glücksburg, a royal house with origins in Northern Germany, she was the eldest child of Frederick IX of Denmark and Ingrid of Sweden. She became heir presumptive to her father in 1953, when a constitutional amendment allowed women to inherit the throne.

Margrethe succeeded her father upon his death on 14 January 1972. On her accession, she became the first female monarch of Denmark since Margrethe I, ruler of the Scandinavian kingdoms in 1375–1412 during the Kalmar Union. In 1967, she married Henri de Laborde de Monpezat, with whom she has two sons: Crown Prince Frederik and Prince Joachim. She has been on the Danish throne for 47 years, becoming the second-longest-reigning Danish monarch after her ancestor Christian IV.

Princess Margrethe was born 16 April 1940 at Amalienborg in Copenhagen as the first child of the Crown Prince and Crown Princess (later King Frederick IX and Queen Ingrid). Her father was the eldest son of the then-reigning King Christian X, while her mother was the only daughter of the Crown Prince of Sweden (later King Gustaf VI Adolf). Her birth took place just one week after Nazi Germany's invasion of Denmark on 9 April 1940.

Margrethe and her sisters grew up in apartments at Frederick VIII's Palace at Amalienborg in Copenhagen and in Fredensborg Palace in North Zealand. She spent summer holidays with the royal family in her parent's summer residence at Gråsten Palace in Southern Jutland. On 20 April 1947, King Christian X died and Margrethe's father ascended the throne as King Frederick IX.