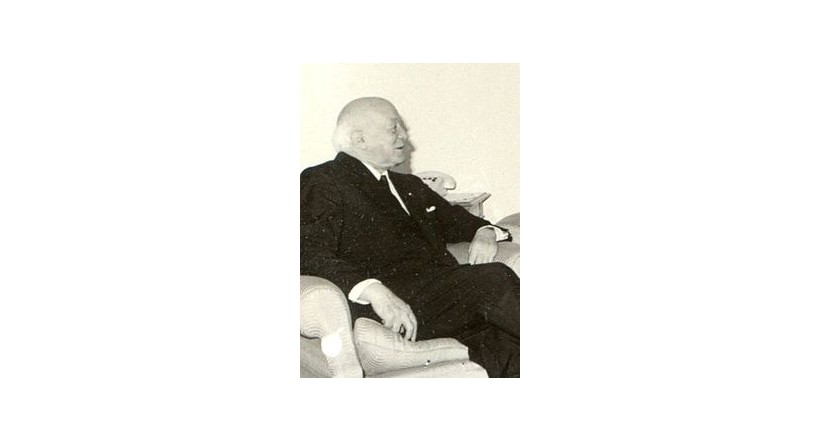 Henri Marie Coandă :7 June 1886 – 25 November 1972) was a Romanian inventor, aerodynamics pioneer, and builder of an experimental aircraft, the Coandă-1910 described by Coandă in the mid-1950s as the world's first jet, a controversial claim disputed by some and supported by others. He invented a great number of devices, designed a "flying saucer" and discovered the Coandă effect of fluid dynamics.

Born in Bucharest, Coandă was the second child of a large family. His father was General Constantin Coandă, a mathematics professor at the National School of Bridges and Roads. His mother, Aida Danet, was the daughter of French physician Gustave Danet, and was born in Brittany. Coandă recalled later in life that beginning from childhood he was fascinated by the miracle of wind.

Coandă attended Elementary school at the Petrache Poenaru Communal School in Bucharest, then (1896) Began his secondary school career at the Liceu Sf. Sava (Saint Sava National College). After three years (1899), his father, who desired a military career for him, had him transferred to the Military High School in Iaşi where he required four additional years to complete high-school. He graduated in 1903 with the rank of sergeant major, and he continued his studies at the School of Artillery, Military, and Naval Engineering in Bucharest. Sent with an artillery regiment to Germany (1904), he enrolled in the Technische Hochschule in Charlottenburg, Berlin.

Coandă graduated as an artillery officer, but he was more interested in the technical problems of flight. In 1905, he built a missile-aeroplane for the Romanian Army. He continued his studies (1907–08) at the Montefiore Institute in Liège, Belgium, where he met Gianni Caproni. In 1908 Coandă returned to Romania to serve as an active officer in the Second Artillery Regiment. His inventor's spirit did not comport well with military discipline and he obtained permission to leave the army, after which he took advantage of his renewed freedom to take a long automobile trip to Isfahan, Teheran, and Tibet.