Coat of arms of Moldova 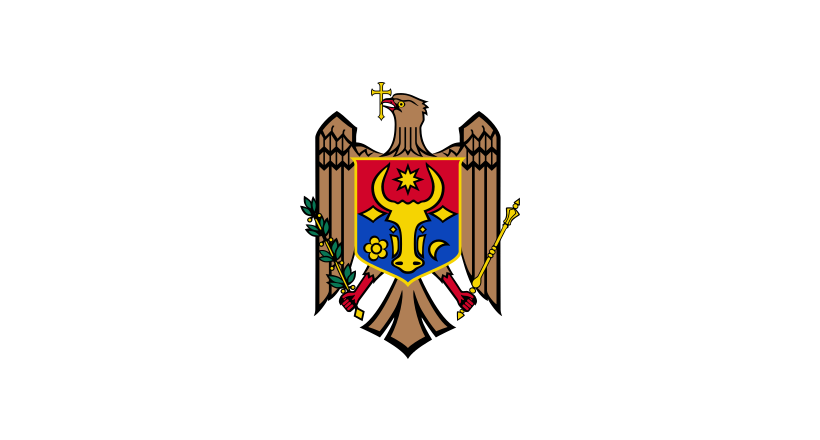 The coat of arms of Moldova consists of an eagle holding a cross in its beak and a sceptre and an olive branch in its claws. According to Gheorghe Vrabie, the author of the coat of arms, the eagle symbolizes the Latin origin of the people.

The chest of the eagle is protected by a shield that bears the traditional arms of Moldavia: an aurochs' head with a star between its horns. It also contains two lozenges (the ears), a five-petaled flower and a moon in a crescent phase. Everything on the shield has one of the three traditional colours: red, yellow, blue.

The coat of arms appears in the centre of the flag of Moldova.Elements: Gules shield; crossed eagle; the shield on the eagle's chest: party per fess gules-azure, wearing a golden aurochs, a golden eight-pointed star, a rose, and a moon (crescent); in the eagle's claws: a sword (dexter) and a mace (sinister); in the eagle's beak: an Orthodox cross