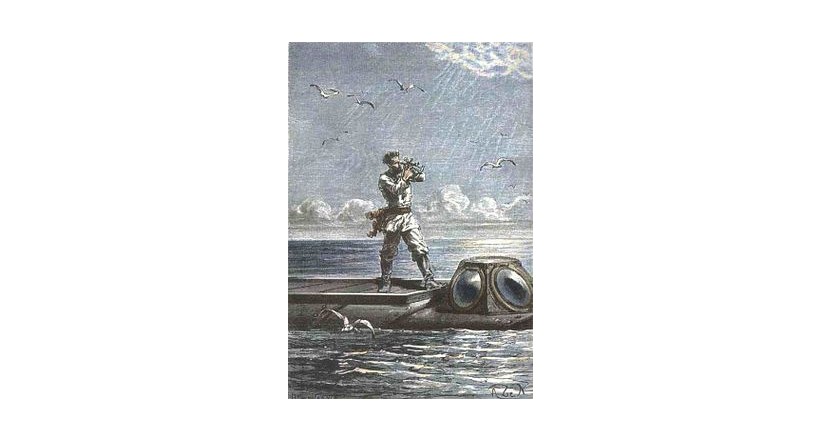 Captain Nemo (/ˈniːmoʊ/; also known as Prince Dakkar) is a fictional character created by the French science fiction author Jules Verne (1828–1905). Nemo appears in two of Verne's novels, Twenty Thousand Leagues Under the Sea (1870) and The Mysterious Island (1874), and makes a cameo appearance in Verne's play Journey Through the Impossible (1882).

Nemo is a mysterious figure. The son of an Indian raja, he is a scientific genius who roams the depths of the sea in his submarine, the Nautilus, which was built in pieces all over the world and shipped to the builder. Nemo tries to project a stern, controlled confidence, but he is driven by a thirst for vengeance and a hatred of imperialism focused on the British Empire. He is also wracked by remorse over the deaths of his crew members and even by the deaths of enemy sailors.

Nemo has appeared in various adaptations of Verne's novels, including films, where he has been portrayed by a number of different actors. He has also been adopted by other authors for inclusion in their own works, such as in Alan Moore's The League of Extraordinary Gentlemen and Philip José Farmer's The Other Log of Phileas Fogg.