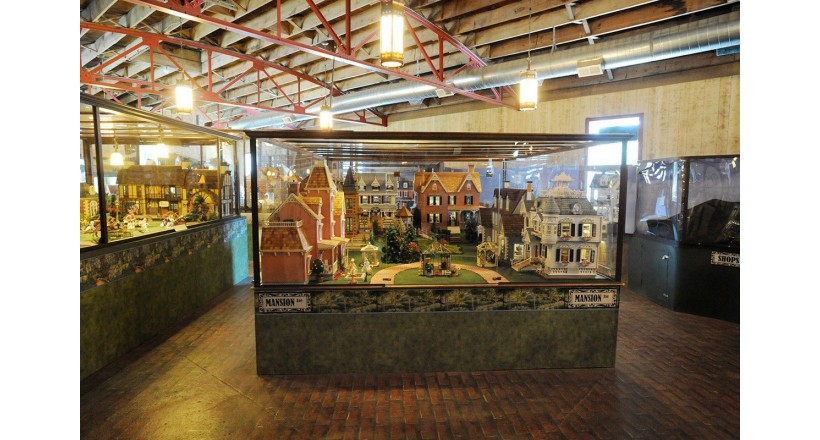 The Miniature Museum of Modern and Contemporary Art was founded by Ria and Lex Daniels in 1990. It was initially located at the AMC hospital in Amsterdam, but moved to the Gemeentemuseum Den Haag in 2013, where it was on a long-term loan for five years. The museum will reopen at the Cobra Museum in Amstelveen in 2019.

The Collection of the Miniature Museum is based on the private collection of Ria and Lex Daniels, Amsterdam art collectors and retired gallery owners. In the late 70s, the Daniels began to collect miniature artworks for their private collection. These works were initially displayed on a wall in their private home, but a renovation pushed them to reconsider what to do with their collection What started out as a spontaneous idea, quickly turned into a serious endeavor, and by 1990 they had devised a plan for a miniature museum.The Miniature Museum was officially established in 1990. In the following three decades, a large number of artists were invited to contribute to the growing collection of the Miniature Museum.Since early on, the museum has been linked to the Medical Cancer Research Foundation, supporting the foundation with donations. On December 2, 1997 the mayor of Amsterdam opened the miniature museum at the pediatric oncology department at the AMC hospital in Amsterdam Zuid-oost. From 2013 to 2018, the Miniature Museum was housed in the Gemeentemuseum Den Haag. A new building was specifically built to house the miniature collection. The exhibition in the new building was curated by the Daniels in close collaboration with the Dutch curator Wim van Sinderen. Due to the size of the miniature collection, which ranged in the 2000s, a part of the collection could not be displayed at the Gemeentemuseum Den Haag. Instead, the Haags Historisch Museum exhibited this part of the collection from 2017 to 2018.

After the expiration of the long-term loan to the Gemeentemuseum in 2018, the Miniature Museum will be moving to the Cobra Museum in Amstelveen for a period of 10 years starting in 2019.