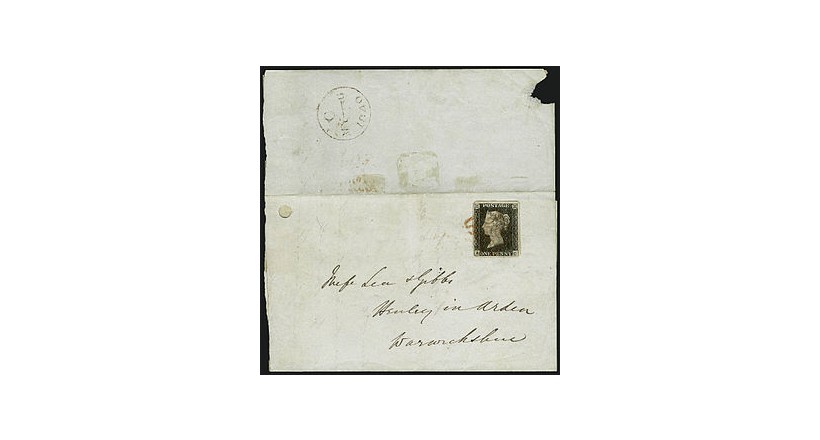 A first day of issue cover or first day cover (FDC) is a postage stamp on a cover, postal card or stamped envelope franked on the first day the issue is authorized for use within the country or territory of the stamp-issuing authority. Sometimes the issue is made from a temporary or permanent foreign or overseas office. Covers that are postmarked at sea or their next port of call will carry a Paquebot postmark. There will usually be a first day of issue postmark, frequently a pictorial cancellation, indicating the city and date where the item was first issued, and "first day of issue" is often used to refer to this postmark. Depending on the policy of the nation issuing the stamp, official first day postmarks may sometimes be applied to covers weeks or months after the date indicated.

Postal authorities may hold a first day ceremony to generate publicity for the new issue, with postal officials revealing the stamp, and with connected persons in attendance, such as descendants of the person being honored by the stamp. The ceremony may also be held in a location that has a special connection with the stamp's subject, such as the birthplace of a social movement, or at a stamp show.Prior to 1840, postage costs were very high and they were usually paid by the person who received the mail. The cost was measured by how many sheets were in the letter and how far the letter had to go. Sometimes this amounted to a very considerable sum. Sir Rowland Hill calculated that the cost to the Post Office was far less than what some people were paying to send/receive their mail; this figure was just a fraction of 1d. Hill believed that sending mail should be affordable to all so proposed that postage should be pre-paid, based on the weight rather than the number of sheets and the cost should be drastically reduced. On 10 January 1840 a Uniform 1d postmark was released which allowed a universal penny postage rate, this was a postmark that was paid and was applied when the letter was sent. It was later decided that an adhesive label should be used to prevent forgeries and mis-use of the postal service and the Penny Black stamp was born. The stamp was pre-paid and covered a letter up to 14 grams in weight. It was officially released for sale on 6 May 1840 however, several post offices that received the stamps prior to that date released the stamps early. The City of Bath is known for releasing the stamps on 2 May 1840. Here began the very first First Day Covers