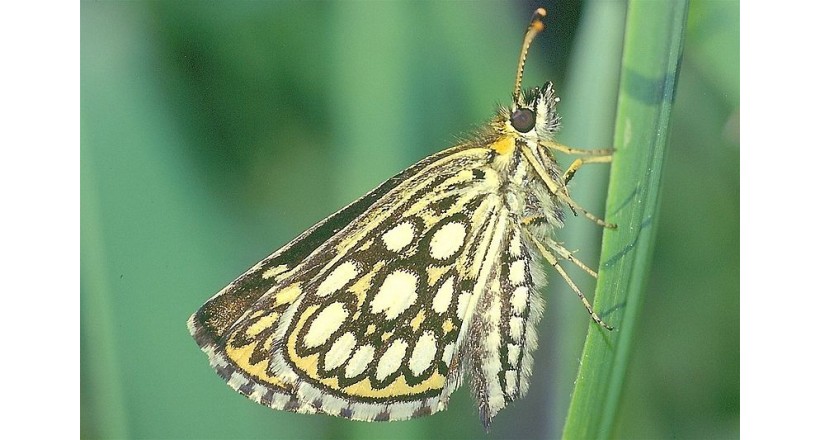 The large chequered skipper (Heteropterus morpheus) is a butterfly of the family Hesperiidae. It is the single member of the monotypic genus Heteropterus. The species can be found in isolated populations in Europe and east across the Palearctic to Central Asia and Korea. It is endangered in the Netherlands.

The length of the forewings is 15–18 mm. The butterfly is on the wing from June to August, depending on the location.

As can be seen, the butterfly has a very distinctive and attractive underside but a drab upperside (which is rarely seen, as it usually settles with wings closed). This butterfly is very similar to the Chequered skipper, but they have their own attributes that allow them to be distinguished.

The flight is just as distinctive and indeed provides immediate identification of the species: it appears to bounce through the air with little sense of direction, almost as if drunk.

In France, it has been seen in the south west including, in 2011, the Hautes-Pyrénées department.