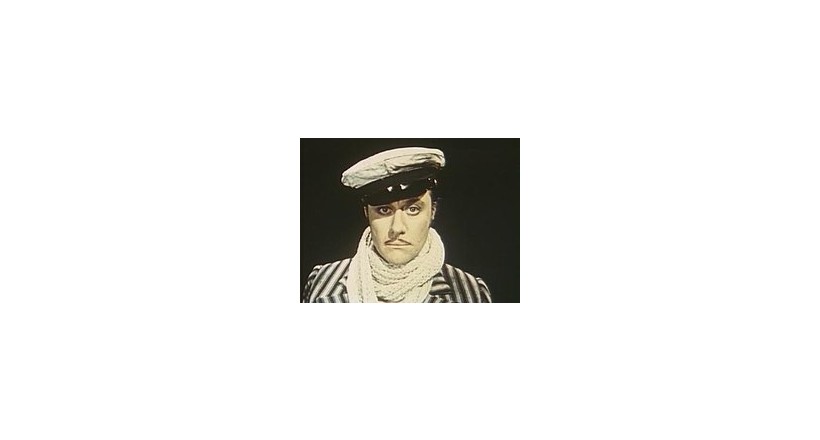 Andrei Alexandrovich Mironov (Russian: Андре́й Алекса́ндрович Миро́нов; March 7, 1941 - August 16, 1987) was a Soviet and Russian theatre and film actor who played lead roles in some of the most popular Soviet films, such as The Diamond Arm, Beware of the Car and Twelve Chairs. Mironov was also a popular singer.Mironov studied in the Vakhtangov Theatre School during the early 1950s. From 1958 to 1962, he studied acting at the Moscow Shchukin School. From June 18, 1962 to 1987, Mironov was a permanent member of the trope at the Moscow Theatre of Satire. In 1961, he acted in his first film What If This Is Love? On December 18, 1980 he was awarded the title of People's Artist of the RSFSR. He also received the Medal "For Labour Valour".Andrei Mironov is known and loved for his roles in films made by Eldar Ryazanov, Leonid Gaidai, Mark Zakharov, and other directors. He had a wide comedic range and played diverse roles (e.g. a Soviet bureaucrat, Figaro, a romantic spy, a member of the Russian intelligentsia, a con man, an American movie pioneer, a tale-teller, etc.).On one of his tours through Latvia in 1987, he lost consciousness while performing the lead role in The Marriage of Figaro. He was driven to a hospital where two days later he was pronounced dead. His death occurred only nine days after the passing of his close friend and frequent co-star Anatoli Papanov. The cause of his death was excessive internal brain bleeding due to a congenital cerebral aneurysm.Mironov's parents, Alexander Menaker and Maria Vladimirovna Mironova, were known nationwide as a comedic duo. He was married twice. First to Yekaterina Gradova, with whom he had one daughter, Maria Mironova, and second to Larisa Golubkina, a singer and actress best known for her role of the hussar maiden in Hussar Ballad. Maria Mironova and his adopted daughter Maria Golubkina (from his marriage with Larisa) had successful careers in Russian cinema.A minor planet 3624 Mironov, discovered by Soviet astronomers Lyudmila Georgievna Karachkina and Lyudmila Zhuravlyova in 1982 is named after him.