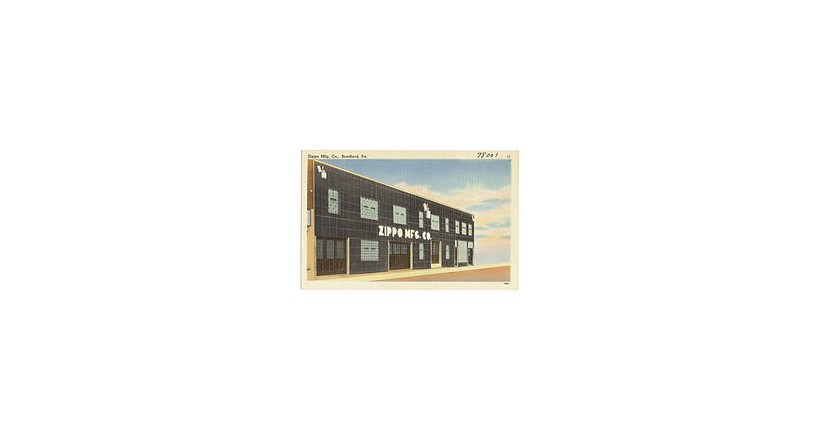 A Zippo lighter is a reusable metal lighter manufactured by American Zippo Manufacturing Company of Bradford, Pennsylvania, United States of America. Thousands of different styles and designs have been made in the eight decades since their introduction including military versions for specific regiments. Since its invention Zippos have been sold around the world and have been described "a legendary and distinct symbol of America". In 2012 the company produced the 500-millionth unit. Since its inception Zippo Lighters have been almost exclusively manufactured in the United States, with the exception of those manufactured in Niagara, Canada (an operation that has since been shut down).

American George G. Blaisdell founded Zippo Manufacturing Company in 1932, and produced the first Zippo lighter in early 1933, being inspired by an Austrian cigarette lighter of similar design made by IMCO. It got its name because Blaisdell liked the sound of the word "zipper" and "zippo" sounded more modern. On March 3, 1936, a patent was granted for the Zippo lighter.

Zippo lighters became popular in the United States military, especially during World War II—when, as the company's web site says, Zippo "ceased production of lighters for consumer markets and dedicated all manufacturing to the US military".Period Zippos were made of brass, but Zippo used a black crackle finished steel during the war years because of metal shortages. While the Zippo Manufacturing Company never had an official contract with the military, soldiers and armed forces personnel insisted that base exchange (BX) and post exchange (PX) stores carry this sought-after lighter. While it had previously been common to have Zippos with authorized badges, unit crests, and division insignias, it became popular among the American soldiers of the Vietnam War to get their Zippos engraved with personal mottos. These lighters are now sought after collector's items and popular souvenirs for visitors to Vietnam.